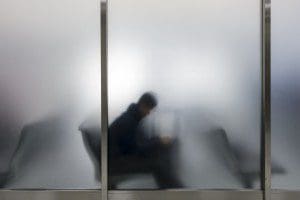 In her new novel, Lucky Boy (472 pages, Putnam), Shanthi Sekaran plunges readers into the drastically different yet irrevocably intertwined lives of two women, and in doing so explores facets of motherhood, immigration, and the American experience. Solimar Castro Valdez is eighteen when she leaves the impoverished cornfields of Santa Clara Popocalco in Oaxaca for “the promise of forward motion” in California. Her journey north is nightmarish; she is nearly forced into drug smuggling, she survives a rape, witnesses the horrific death of a boy, and for days rides in the bed of a truck, gagging on the stench of […]

Vanessa Hua (whose stories “The Third Daughter” and “River of Stars” appeared in ZYZZYVA No. 91 and No. 98, respectively) is the author of the story collection Deceit and Other Possibilities, named a “searing debut” by O, The Oprah Magazine. Her fiction has appeared in the Atlantic, Guernica, and elsewhere, and for nearly two decades she has been writing about Asia and the diaspora, filing stories from China, Burma, South Korea, Panama, Abu Dhabi, and Ecuador. A Visiting Editor in Creative Nonfiction at Saint Mary’s College this fall, she is also a columnist at the San Francisco Chronicle. Hua spoke to […]

Diego Enrique Osorno is the author of El Cartel de Sinaloa: Uno Historia del Uso Politico del Narco (The Sinaloa Cartel: A History of the Political Use of the Narco) and La Guerra de Los Zetas (The War of the Zetas). Osorno was awarded the Proceso International Journalism Prize in 2011, and his nonfiction on Mexico’s drug war, “The Battle of Ciudad Mier,” was published in ZYZZYVA’s Spring 2012 issue.

His nonfiction piece about his beloved deaf-mute uncle Geronimo, “A Cowboy Crosses the Border in Silence,” appears in the Spring/Summer issue of ZYZZYVA. It’s a thoughtful examination of a singular life, and a rare look into the world of deaf Mexican immigrants and their community in the United States. The work is translated by Emma Friedland, who is the editorial director of the website the Borderland Chronicles. The following is an excerpt.