Lily Nilipour, Intern: One of the things I have most missed during this pandemic is, surprisingly, attending lectures. Before the advent of the Zoom classroom, I never realized how much I found the lecture hall a respite from the rest of daily life: the murmur of my classmates filing in and filling the rows of seats, the air conditioner blasting (or not on at all), the shuffling of notebook paper. And then, the lecture itself—for an hour or so, a singular voice carrying itself through the still air, accompanied by clicking keyboards and scratching pens. This was not the reason […] 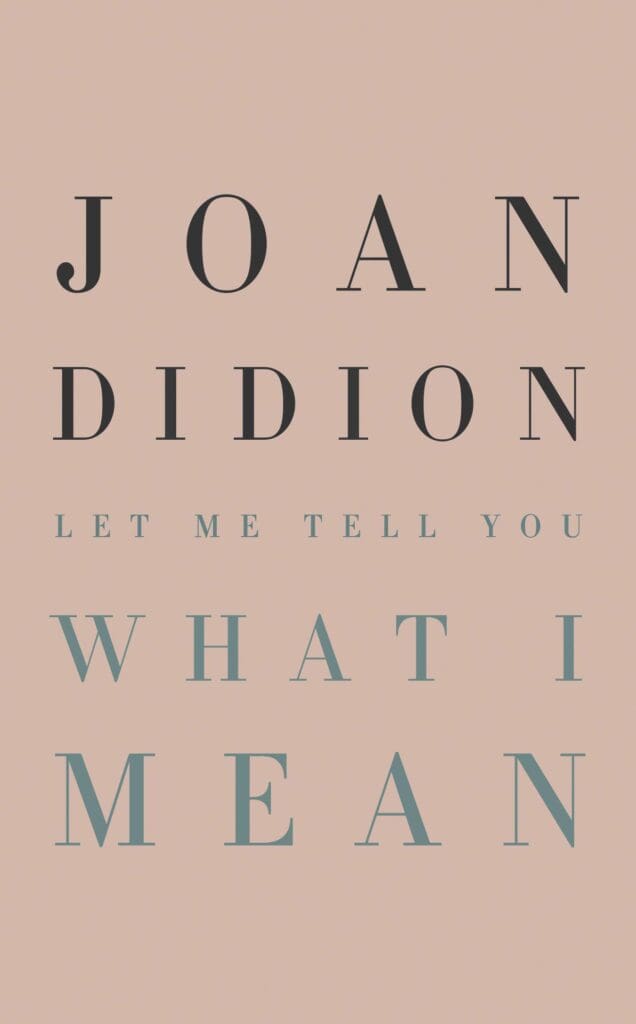 In times of crisis, we often look to the voice that is calm, rational, not prone to high emotion; perhaps it’s fortuitous, then, that a year into the global pandemic we’re receiving a new book from Joan Didion, one of our most controlled stylists—a writer known for her careful, neutral tone, and one who can observe an incident and report her findings with a precision that often belies the extremities of her subject matter. It’s right there in the title of this latest collection: Let Me Tell You What I Mean (149 pages; Knopf)—would readers really expect Didion to do […]

A new year means new media! It’s too early to tell just what the year will bring, but we’re kicking off 2020 with a Staff Recommends—so here’s a sampling of what we’ve been reading, watching, and listening to. […]

Journalist turned award-winning Sopranos screenwriter Robin Green adds a new credit to her illustrious career with the memoir, The Only Girl: My Life and Times on the Masthead of Rolling Stone (304 pages; Little, Brown and Company). In the book, she recalls how she became “paid, published, and praised” as a writer for the iconic music magazine Rolling Stone. Starting from her time studying English at Brown, where she was the editor of Brown’s literary journal and the Brown Daily Herald (and was the only girl to do so), Green hoped to land a job in the publishing industry. At 22, she moved to Manhattan and began secretarial work. […]

Let the record be clear: I am not now, nor have I ever been, a “Paulette,” the derisive term used for the camp followers of the late, great Pauline Kael, who slavishly faxed her advance copies of their reviews, hoping for her approval, encouragement and career advancement. But to be equally clear, I am a huge admirer of Kael’s body of work, starting with “I Lost It At The Movies,’’ her enormously influential early collection of pieces, many of them from her feisty days as a caustic commentator on KPFA, portions of which are excerpted in the massive, somewhat daunting […]