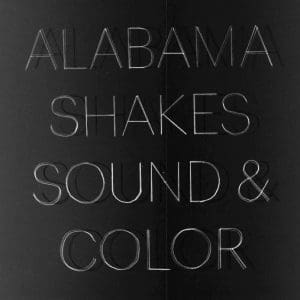 Alicia Long, Intern: Despite all the changes that the new year promises, I find myself falling into familiar rhythms. These include the ones that bleed from the album Sound & Color by Alabama Shakes, who have long accompanied me and my headphones wherever we may go.

Led by powerhouse Brittany Howard, the bluesy rock band, hailing loud and proud from Alabama, released their second and arguably strongest album in 2015.

I’ve long admired this album for the variety of ways in which it grips the listener. For so long I was taken by the music alone, its pure celebration of sound and tone, its ability to make you move your head involuntarily, and the way  you can feel some notes bend in your stomach. I was so captivated by the musicality of it all that I’d fallen in love with the sound without having given any thought to what was being said, the narratives that are woven into each song to parallel the feeling the music projects. I could hum along with the record and follow the melodies, but it hadn’t even occurred to me that I knew none of the lyrics, which, once accounted for, made me love the album even more.

The titular track, “Sound & Color,” reverberates throughout. With the xylophone running in the back and Howard’s clipped, breathy vocals, the song finds that perfect middle-ground between the silky and dreamlike sounds of contemplative blues, and the energy and urgency of Southern rock and roll. Much of the LP rides this line, swinging from one side of it to the other—bouncing from a whisper to a yell, a shriek to a near-hum. There is the tenderness of “This Feeling” and the desperation of “Gimme All Your Love.” The album plays with extremes and artfully blends them in this way, allowing for a multitude of expressions and feeling.

While I applaud Howard’s (hopefully temporary) departure from the band to pursue her solo album Jaime, I do hope for a follow-up record from Alabama Shakes. If they can deliver the magic of Sound & Color only two albums into their career, whatever comes next could be something of a masterpiece. 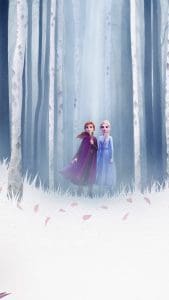 Morgan Goldstein, Intern: You remember the 2013 animated film Frozen, right? We all kept singing at school or at work or in the streets “Let it Go” until our ears bled or shouts of fury raged from strangers passing by. In November 2019, the long awaited sequel Frozen II was released to screens all over the country. Who can resist a heartfelt animated Disney film with catchy songs and lovable characters?

Set three years after the events of the first film, Elsa is a strong, self-assured Queen of Arendelle but feels out of place in her role especially as a “ringing in [her] ear” fails to leave her head. Accidentally, she awakens the elemental spirits which causes every citizen to evacuate the kingdom. Elsa and her sister, Anna, are determined to find answers especially about Elsa’s magical origins to save Arendelle from harm along with the help of Anna’s boyfriend Kristoff, his reindeer Sven, and the beloved snowman Olaf.

This animated film is one of Disney’s greatest accomplishments. It is a film with a proto-feminist message along with the encouragement of ending ridiculous feuds and unifying as one. Besides the engaging plot and the memorable characters, the animation is a true work of art. The raging waves along with the ice horse Nøkk or the misty wall will keep anyone at the edge of their seat, mesmerized by the realistic-looking animation. The songs by Kristen Anderson-Lopez and Robert Lopez are catchy and entertaining, including “Into the Unknown” and “Show Yourself.” Idina Menzel impresses with her Broadway vocals on Elsa’s two emotionally driven ballads.

The best part about this film is that you might leave the theatre feeling cheerful and reminiscent of your childhood. Disney has never failed to allow their audiences to escape reality into a fantastical world where goodness and determination prevails and defeats any type of evil. Frozen II definitely accomplishes this goal. Fair warning, though: you’ll have “Into the Unknown” stuck in your head for a good while. 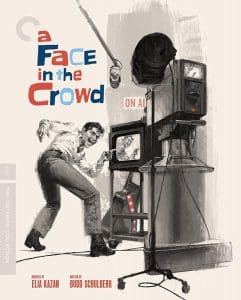 Zack Ravas, Editorial Assistant: “Big things have small beginnings,” we know from Lawrence of Arabia, but so do, sometimes, terrible things. In Elia Kazan’s 1957 film A Face in the Crowd (currently streaming via the Criterion Channel), we witness Larry “Lonesome” Rhodes’ all too believable journey from the floor of an Arkansas drunk tank to the heights of a populist demagogue. Rhodes is vividly brought to life by Andy Griffith in his screen debut, and the actor completely sells us on his ill-tempered hobo’s transformation into a nationwide media sensation. If, like me, you’re a millennial whose idea of Griffith was forged by reruns of his 60’s sitcom on Nick at Nite, you’re likely to be blindsided by the actor’s performance here: Lonesome Rhodes is boorish but somehow perversely charismatic, even as his actions become increasingly unhinged, and his hoarse laughter a kind of secondary soundtrack to the movie.

There’s another reason Kazan’s film, adapted by Budd Schulberg from his own short story, will catch audiences in 2020 off-guard: Rhodes, a snake oil salesman who nevertheless manages to connect with the common man by appealing to their base instincts, cannot help but remind one of the 45th President of the United States, and that’s long before Rhodes begins eyeing a potential position in the White House. By the time Rhodes remarks he’s popular enough to murder with impunity, a startling echo of Trump’s quote about being able to shoot someone on Fifth Avenue without losing voters, it’s difficult not to declare Kazan’s movie one of those rare works of 20th century media prophecy.

As damning as A Face in the Crowd is in its indictment of the American public at large and their inherent gullibility, the movie is not entirely pessimistic; alongside that gullibility is a fundamental decency too, embodied in the film by Patricia Neal and Walter Matthau (who also give exceptional performances). Though all of us may be taken for a ride at one point or another by persuasive figures on the television screen, there comes a moment when we get wise. The only question, really, is when—and how much damage we will incur before that moment arrives. Onscreen, the damage is right there, in the shattered look on Patricia Neal’s face as A Face in the Crowd fades to black. 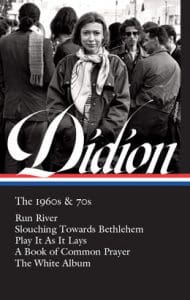 Oscar Villalon, Managing Editor: When I was young I was done a great disservice. While talking about Slouching Towards Bethlehem, somebody, whose opinions on books I took seriously, told me I could safely skip Joan Didion’s fiction, that I wasn’t missing anything. And because my stack of to-be-reads was even then ridiculously ambitious, I was happy to have one less thing to get to. So over the years, I read all of her nonfiction, sad in my assumption that the richness I found in The White Album or Salvador or The Year of Magical Thinking was unavailable in her novels; but, of course, they are.

The Library of America’s Joan Didion: The 1960s & 70s features three of Didion’s novels, Run River, Play It as It Lays, and A Book of Common Prayer, and they would have been highly worthy of my time twenty-five years ago as, indeed, they were worth my (much less ample) time today. 1963’s Run River, in particular, is a stunner. Didion’s first novel, it didn’t do well commercially (her follow-up book, Slouching, did pretty alright), but her writing’s noted cool intelligence, the ruthless observation was already there. Set mostly in Sacramento circa World War II, Run River reads as an existential novel in which the young descendants of ranchers and politicos are trapped in their bleak societal roles and no amount of empathy or understanding toward each other can seemingly change that. The seedy if comfortable orbits of California’s power elite are intimately detailed here, as is the sexism (if not misogyny) and other contemporary bigotries and hatreds of that group—adding up to a hollow, sun-bleached and ultimately violent world.

Reading Run River, there’s no sense of Didion saying, This is California. Rather, this is her California, one mostly closed-off, suffocating. Privilege, and maintaining it, comes with a high price, and its toll cannot be hidden. At one point, a white foreman misses the opportunity to celebrate the end of a harvest with a ranch owner and his family. He “had driven a truck full of Mexicans into town,” taking his leave. He hadn’t known the custom, we’re told. But perhaps, we can guess, he knew all he had to know.