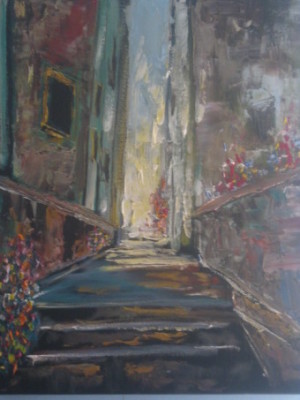 “I don’t know,’’ my father used to say
when I offered the conversational tic,
an adolescent affectation.
He liked to put people on the spot.
When they said they loved reading
he’d ask, “What was the last book
you read?’’ Uncomfortable silences
ensued, he rather enjoyed it.
Or if we were sitting around at
dinner and referred to him in third person,
the matriarchal duet, my mom and
sister emotionally outweighing the
two of us. I had divided loyalties
at best, anyway. “Who’s he?’’ my
dad would say, countering the
implied lack of respect, deference.
He wasn’t a martinet, or much of
a disciplinarian, though. When we first met
my in-laws, in deepest New Jersey,
he offered, “So this is suburbia.
Is there a lot of wife-swapping going on?”
The living room was an oil painting.
Forever after, he called
them the “Jewish Babbits.’’
Still, he wasn’t a jerk.
At least I don’t think so.
Smart-aleck, I guess, and not averse
to trying to get a rise, stave off boredom.
Do I know, even now, what he was really after?
I can’t say, couldn’t try. It’s complicated.
I don’t know. Neither did he. Do you?

7 thoughts on ““You Know” by Paul Wilner”