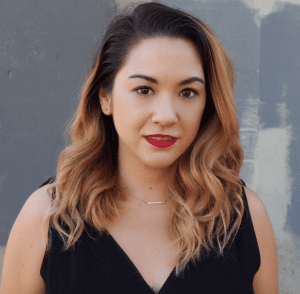 Aja Gabel’s first novel, The Ensemble (352 pages; Riverhead), reminds me of why I first, long ago, might have fallen in love with reading. It’s immersive and sweeping, featuring ambitious professional musicians—Jana, Brit, Daniel, and Henry—who form a string quartet. Walter Pater posited that all art aspires to the condition of music; I don’t know if I agree (that “all” makes me nervous), but I’ve thought for years that there isn’t nearly enough writing about music, and musicians. (A few exceptions I love include Thomas Mann’s Doctor Faustus, James Baldwin’s “Sonny’s Blues,” Thomas Bernhard’s The Loser, and now The Ensemble.)

Gabel and I spoke over email about Baldwin, point of view, YouTube performances, and, of course, music.

ZYZZYVA: We’ve talked about our shared past lives as would-be professional musicians. Can you tell me about yours, and about what led to your leaving it behind?

AJA GABEL: “Leaving it behind” is the right phrase to use, but it’s something I had real trouble doing. I started playing violin when I was 5 and switched to the cello when I was 10. I played very intensely until I was about 22, until I finished college. I mostly played chamber music, but studied privately and performed solo as well. It became clearer earlier than that, though, that I wasn’t going to be the sort of conservatory-going, professional career-chasing musician I’d dreamed of being when I was younger. I don’t think I accepted that clarity for a while, though. I continued studying and playing anywhere and everywhere throughout my twenties. I didn’t really let it go—I mean really let it go—until I went to Provincetown to start writing this novel. That was the first time I didn’t take my cello with me when I moved. Not playing every day opened up this space in my brain, enough landscape for an entire novel about the pursuit of music to take hold. Unfortunately, that meant my skill level quickly dissipated. I can still play, but I wouldn’t do it publicly.


Z: Do you see this past life showing up in how you approach your writing?

AG: Part of me wants to leave all that how and why of writing to some kind of semi-verbal, semi-unconscious mystery, you know? But if I were going to reverse engineer an influence (I guess that’s what we all do) I would say that there’s a sit-in-the-chair-until-you’ve-done-it-ness I carry over from hours of rehearsal and practicing. I think that’s half the writing battle, staying in the chair. It can be so impossible sometimes, writing, generating. But breaking it up into small, manageable bits, and working it over and over until it speaks the way you want it to speak…well, that’s one and the same with practicing cello. Otherwise, I like writing because it’s not like playing. It’s not social or collaborative, it’s entirely up to me, and there isn’t a single performance to hang my reputation on,,thank god. Can you imagine if we had to read our entire books aloud at, say, Davies Symphony Hall?

Z: Can you tell me about how you moved between the four musicians’ points of view? Was it challenging at all to keep their voices distinct?

AG: Absolutely challenging. I think one of the benefits of close third (which the book is in) is that you get to take more liberties with the tone and language. But in terms of what each character was looking at and focusing on, and how they spoke, to themselves and each other, I had to keep them distinct. I had tons of notes about each character’s bio, what was important to each one at different points in their lives, their general attitudes and tics. I had to internalize those notes, though, in order to write from it, so I copied those notes over and over and over again. They’re messy—not at all ordered. But it worked. And I had a hard time switching between voices on a single day. If I spent all day with one character, I couldn’t easily start writing another character until I’d left and come back. It was like becoming the character, and switching too quickly felt…schizophrenic. One thing that really helped ground me was listening to a piece of music a character liked, and imagining her playing it. 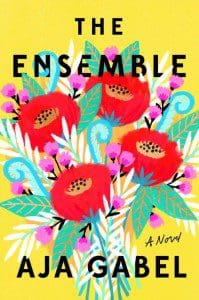 Z: I love that idea, listening to the music a character likes. I’ve noticed that a lot of writers, me included, have very particular preferences about what, if anything, we can listen to while working. Do you have any writing-music needs or aversions or inclinations or?

AG: I love answers to this question because I love the peek into writers’ processes. Unsurprisingly, I had to listen to a lot of music while writing this novel. I knew most of the pieces pretty well, but I listened to them obsessively when I wrote. What I really did a lot of was watch quartets perform the pieces on YouTube. I would break them down, phrase-by-phrase sometimes, to see which moments I wanted to dramatize. But normally, I can’t listen to anything when I write. Not even music without words. I think I need to hear the music of the words I’m writing too much to listen to anything else. The single piece I’ve been able to write to is Keith Jarrett’s version of Handel Suites for Keyboard. Have you heard them? There’s something very simple and quaint (thought not at all, really) that makes space in my brain. I’ve also basically memorized them, so I barely hear them anymore. What do you listen to?

Z: Shostakovich’s quartets have been really helpful. Arvo Pärt’s a reliable writing companion, as is Fetty Wap. I wonder if you can talk more about any of these phrase-by-phrase dramatizations, how you picked what. I love coming across fiction that really delves into the details of making music—as yours does, of course—and there isn’t much of it, I think. (I’ve read the closing pages of Baldwin’s “Sonny’s Blues” fifty times, maybe.)

AG: “Sonny’s Blues” is one of those stories that keeps teaching and teaching, no matter how many times you read it, right? I think the end of that story was a huge model for me in terms of how you can really break language down and rebuild it during a moment of musical ecstasy. In order to get there, for me, I had to break down the actual music first. I would find a part in the piece I wanted to write about that represented the emotional moment I wanted to communicate for the characters. So I’d watch various quartets play that particular part of the movement. Let’s say it’s the first climax, a fortissimo. I would watch how the first violinist cued, how she moved and breathed, and who imitated her, who responded physically and how. From there, I borrowed, stole, and imagined. Then I did that for each character at crucial phrases throughout the pieces.

At a higher level, though, choosing which pieces to highlight was a bit less arduous. I tried to match up the pieces I chose to the general emotional swell I was writing about. So in the beginning, when the group is new, they play a piece that straddles the student and professional line, Dvroak’s “American.” And when there’s some serious sturm and drang in the group’s relationships, they are, of course, playing Shostakovich, king of turmoil. And when there’s a movement towards major transition, they expand with the Mendelssohn Octet. Because I’d studied them and played them, these pieces already existed for me as totems, emotional stories. That’s the great discovery I made when writing: that I’d already been telling myself musical stories for years and years.

By the way, I love you mentioned Arvo Pärt in the same sentence as Fetty Wap, both of which I totally subscribe to. Pärt has a really beautiful (and difficult) piece for eight celli that I once had the privilege of playing and that I recommend if you don’t know it already.

Z: You and I share an editor. We’ve talked a little about how we lucked out in that respect. What was the editing process like for you?

AG: It’s such a strange process, being edited, but I can’t imagine someone with a more gentle or intuitive touch than our editor, Laura [Perciasepe]. She was editing something small I wrote recently, and the way she saw so clearly what it wanted to be, before I’d even realized it myself, and guided me toward that—well, it’s masterful. I’ve seen how much of a particular skill editing is. It’s often hard for me to temper the place of dreaming that writing comes from to be able to see with an editing brain. And especially with this novel, which was really complex with so many characters who are always interacting with each other over huge spans of time. The textures of their relationship had to change in believable ways, but also things had to click together logistically. She was really good about pointing out places where the logistical bottom kind of fell out, or where I was moving toward an emotional moment but not quite there. It’s quite intimate, being edited. She learned my writing inside out, which felt very vulnerable. It’s not so far removed from the way a quartet member might learn another member’s cueing breaths and musical interpretations. But that’s where the trust is seeded and grown, I think. Letting an editor really understand your sentences and live them as if they were her own. It only got better with that expansion.

R.O. Kwon’s first novel, The Incendiaries, is forthcoming from Riverhead in July. She is a National Endowment for the Arts Literature Fellow, and her writing has appeared in The Guardian, Vice, Noon, Time, Electric Literature, Playboy, the San Francisco Chronicle, and elsewhere.

One thought on “The Truest I Could Be: Q&A with ‘The Ensemble’ author Aja Gabel”