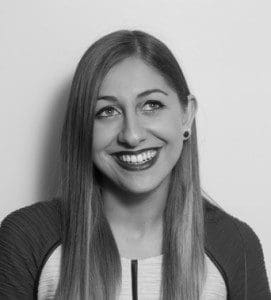 In Ruth Madievsky’s Emergency Brake, a body is never just a body. Rather, it is a looted ship, a lit match, a bedtime story, a lamp. In other moments, the body is known only by what it contains: a rope, a salted pretzel, “the sound of a penny thrown in a blender.” Madievsky’s poems put domestic objects to work, personifying and reframing embodied experience like puppets with the poet’s hands inside. And in her fiery first collection, published by Tavern Books as a Wrolstad Contemporary Poetry Series selection, her talent for analogy is on full display.

In addition to a metaphor-maker par excellence, Madievsky is a doctoral student in pharmacy and a research assistant in an HIV clinic in Los Angeles. Drug names and medical terms punctuate her lyrics, forcing a dialogue between her romantic and clinical inclinations and suggesting the body’s dangerous propensity for betrayal. And there is danger here: while many pages show the speaker delighting in “the naming of things,” other poems allude to moments of trauma and rage. Still, Madievsky’s speaker is too resilient, too mobile and defiant, to dwell on victimhood; as she writes in “Poem for Spring,” which first appeared in ZYZZYVA (No. 103), “the only violence / we have time for / is the violence of stars.” We spoke with Madievsky on the phone and over email about how she pulls off her aesthetic, thematic, and professional balancing acts.

ZYZZYVA: Let’s start with the title. It seems the phrase is lifted from a line in “Halloween” where the speaker describes an escapist tendency:
…how all my life
I’ve been about as carefree as a soft peach
in a pile of broken glass, my hand
always twitching toward the Ativan bottle, always ready
to pull the emergency brake…

This moment comes in the middle of an uncomfortable situation with the speaker’s boss, and I read the “emergency brake” as a kind of deus ex machina: a way to magic oneself out of a threatening setting into somewhere safer. What made you choose this metaphor for the book?

Ruth Madievsky: Originally, the book was called Shadowboxing as a nod to the four poems with that title. But “shadowboxing” sounds like exactly what you’d call a first book of poems—it has that simultaneously vague-and-specific vibe. When a friend, the poet Douglas Manuel, suggested I call the book Emergency Brake, a champagne bottle burst open in my head. Though the phrase “emergency brake” appears only once in the book, the motif of emergency brakes—in the form of intimacy, medication, associative thinking, etc.—recurs throughout. I’m taken by how those things can function at times as the emergency brake, at other times the emergency.

Z: There seem to be two prevalent forces acting on the speaker in these poems: one seems distinctly internal, in the form of obsessive, morbid thoughts (especially thoughts having to do with medicine), while the other seems more external, in the form of sexual harassment and gendered violence. There’s a sense of the body being breached but also of it being already contaminated. Can you speak about that tension?


RM: You articulated that much more clearly than I could have. I would add love and eroticism as other primary forces acting both on and within the speaker—it’s not all chemo and sex offender registries, I hope! But yes, you’ve hit on a tension that intrigues me: the ways in which the body enters the world and the world enters the body. Lungs are a core image for me because they’re maybe the best example of the constant exchange between world and body.

We think of ourselves as discrete units. We think we know where our bodies begin and end. Really, we’re more like sieves. Some breaches are pleasurable, others odious, and some are so slow and microscopic we don’t notice them until their cumulative effect necessitates a reckoning. The idea of contamination here is interesting: if something like cancer originates within your body is that considered contamination? Can it even be said that it originated within your body, considering that the body isn’t a closed system?

RM: I messed around with the sequence of the poems A LOT, and I did so without a clear sense of how many sections there would be and what they’d be doing. Organizing the book was more intuitive than intentional. It helped to think of the book as one extended poem, to imagine the conversations adjacent poems were having. There’s a chronology to what I ended up with, which surprised me. The poems in the first section were, for the most part, written before those in the second section. My grandfather was diagnosed with cancer while I was working on the second section, so that partially explains the enhanced interest in morbidity and violence originating from within. (He’s fine now). But I think the second section is actually more hopeful than the first. The anxiety of the first section is somewhat tempered in the second.

Z: That context makes a lot of sense. Speaking of medical ailments and bodily breaches, I’m interested in the ways your pharmaceutical studies inform your poetic practice. I spotted places where your clinical eye seemed to suffuse your verse, and I wondered if you’re aware of the ways that your medical work affects the way you describe and approach the body in your writing? 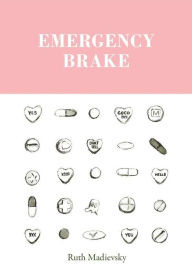 RM: Both pharmacy and poetry center on observation. The work of a pharmacist is exceptionally detail-oriented, regardless of whether one is practicing in a hospital, community pharmacy, outpatient clinic, etc. Pharmacy students are trained to interpret laboratory values and assess a patient’s clinical status, to dose medications based on patient characteristics like kidney function, weight and body surface area, to notice when something is amiss in a medication order and to assess when a prescription should or should not be filled. A failure in observation puts patient lives (and the pharmacist’s license) in peril. With poetry, few things bring me as much pleasure as a perfectly rendered image or detail. It’s hard to describe the incredible feeling of reading a poem and coming across a detail, or a tapestry of details, that makes you feel seen, understood in some essential way. Empathy is at the core of both pharmacy and poetry. In my experience, counseling someone who is fighting cancer on how to manage the side effects of their medications originates from the same impulse that drives me to write poems. I’m convinced that writing makes me a better clinician, and that being a clinician makes me a better writer.

Z: One of the main devices at work in your poetry is the epic simile, where one thing (often the speaker’s body, or the body of a patient or loved one) is compared to something else, and then the poem proceeds through a chain of metaphors that usually leads back to the body. How do you find the structure of a poem, and how does figurative language function within that structure?

RM: Associative language is my way of finding a poem’s front door. I’m one of those revise-as-you-go people, and I can’t write the second line of a poem until I’m cool with the first. So there are lots of false starts and lots of thinking I’ve found my way in when really I’m just circling the tool shed. The epic simile can be great for propelling a poem forward. It’s like playing a game—finding images that conceptually rhyme, wondering how long you can sustain the momentum, the music. I tend to go simile over metaphor, but both are instructive in figuring out what the poem wants to be about.

Z: “Halloween”—one of my favorite poems, if you hadn’t already guessed—contains several moments of reflexivity, where you characterize and even poke fun at your own poetry (e.g., “making loneliness into a kind of fetish”). I wondered how you arrived at these meta-textual moments?

RM: As a reader of poetry, I’ve often preferred poems about fucked-up shit over poems about drinking lemonade with your mom/the tranquility of nature/[insert happy-making image]. I’ve shifted my position on this a bit since Emergency Brake came out, but at the time, I really gravitated toward darkness. And that translated into my poetry, and I knew it. By the time I wrote “Halloween,” maybe half of the poems in the book were finished, and I had this sudden fear that I might be fetishizing my own sadness. “Halloween” is an acknowledgement of the writer’s complicity in crafting a narrative that’s, well, crafted. Calling yourself out is, I think, a way of respecting your reader.

Z: We spoke earlier of the four distinct poems titled “Shadowboxing,” which crop up regularly throughout the book. What do these poems have in common?

RM: Not all of the “Shadowboxing” poems had that title originally. I wrote those poems within the same span of a couple months and noticed, upon revision, a kinship between them. At the time, my manuscript was toeing that dangerous line of mythologizing the “I” narrator into a kind of hero. There was this sense that wonderful and terrible things happen to the speaker, but the speaker is never short of wonderful herself. I’ve heard several writers, most recently Dorothy Allison, make the argument that when you let something horrible happen to your protagonist, you have to show the ways in which they, too, are horrible. Otherwise (and this is me now), you’re writing a fable. So shadowboxing became a useful metaphor for self-interrogation. Nuance interests me more than archetype.

Z: I saw that Emergency Brake was released on Valentine’s Day. Do you see it as romantic, in spite of its darker subjects?

RM: I see Emergency Brake as a book of love poems. You don’t have to love something to write a love poem about it. “Halloween” can be read as a love poem to anxiety, something I definitely do not love in real life but which has led to introspection and creative productivity, two things that I do love. There are several poems that are bald in their desire for romantic love or gratitude for encountering it—“Cactus,” “Poem for Spring” (which first appeared in ZYZZYVA!), “Bridge, Shadow, Hand,” and “Because It’s October,” to name a few. Releasing the book on Valentine’s Day felt simultaneously ironic and logical. This life is so messy. I love when things are both themselves and their opposite.

One thought on “Forms of Self-Interrogation: Q&A with ‘Emergency Brake’ Author Ruth Madievsky”