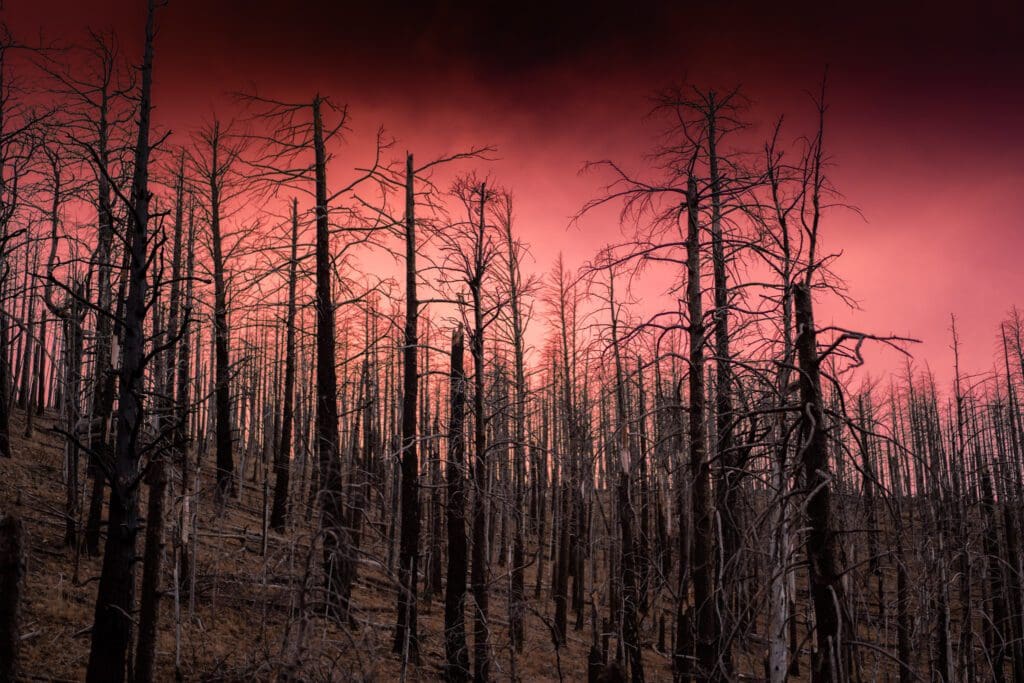 The sound of a car gearing up the ashen road. Chuck thought at first that it had to be someone from Cal Fire or another crew but then the radio crackled and Bob told him it was a civilian. “Copy,” he said, and then, after releasing the button: “Fuck.” No part of him that was not exhausted: his skin, his hair, his stubbled beard, his heart, his soul—all of it coated with a layer of colorless powder that clotted his lungs and filled his nose with viscous gouts of gray phlegm that he repeatedly blew into the ash at his