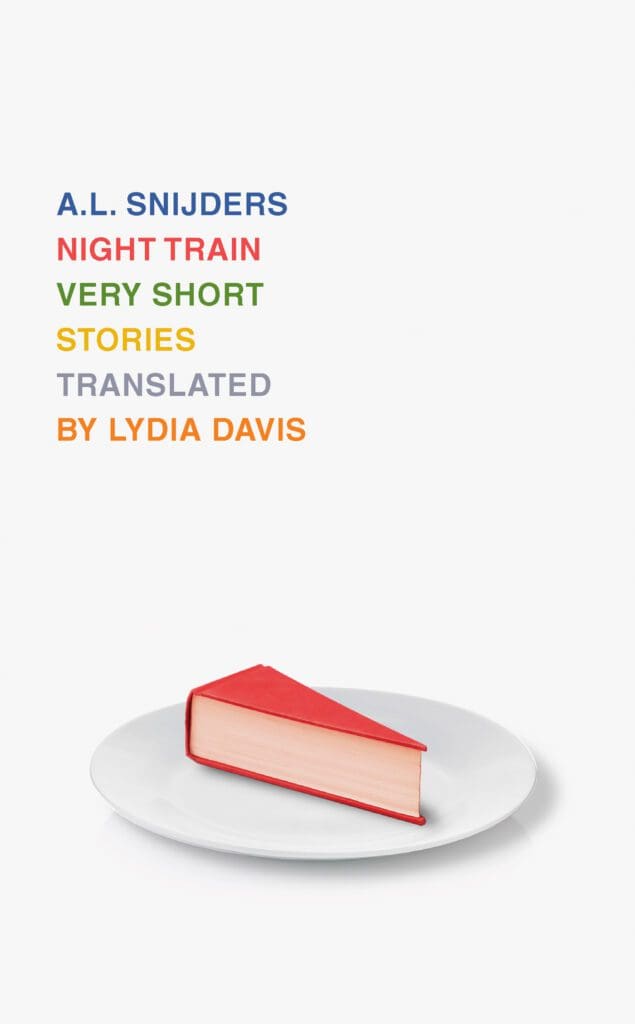 When she began translating contemporary Dutch micro-fiction writer A.L. Snijders’s work, Lydia Davis had only a passing familiarity with the language. Night Train (128 pages; New Directions) presents 91 of Snijders’s more than 3,000 stories, or what he called his zkv’s (zeer korte verhalen: “very short stories”). The collection is a long-tended-to anthology of these writings—“autobiographical mini-fables,” as Davis calls them—whose translations she parsed and reasoned-through using what she knew of German and French, and with the consult of Snijders’s Dutch publisher, Paul Abels. Many of the pieces parallel the tone and form of some of Davis’s own vignettes: stories […]

By any estimation, writer Lucia Berlin led a full life. As a small child growing up in 1940s Texas, she fended for herself against an abusive grandfather while her mother remained a distant figure. Her glamorous teen years were spent in Chile among wealthy expatriates, attending dances and other high society functions after her father struck it rich in the mining industry. As an adult, Berlin frequently moved across the United States and Mexico, including a lengthy stay in the Bay Area. Along the way, she married three husbands, mothered four sons, and held an array of  jobs–from cleaning woman […]