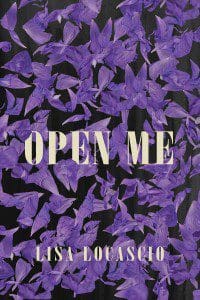 The narrator, Roxana Olsen, is an 18-year-old American girl spending her summer in Denmark — a summer meant to have seen her studying abroad in Paris with her best friend. However, a logistical error on behalf of her school counselor lands Roxana alone in Copenhagen, eating strange meats on single slices of rye and drinking beer in dimly lit punk bars. As Roxana arrives, she is still coping with the shock of her parents’ divorce, and coming to grips with her transition into adulthood. Almost immediately, she falls into a relationship with Søren, an unhappy, 28-year-old student advisor. Soon she leaves Copenhagen with Søren for Farsø, a small town in Jutland:


Outside, the sky and everyone and everything under it was white and low to the ground: the curving cobblestone roads, the narrow buildings that lined them, and the Danes themselves, whose shapes somehow receded rather than grew as we approached. I followed Søren down a sloped sidewalk and around a corner. Signs I couldn’t read and one-story houses with small square yards. Farsø.

Here, Roxana spends her days in a classically Scandinavian apartment: all white and minimalist. She scrubs and cleans, maintaining the image of domestic bliss for Søren while he works on his masters thesis everyday at the library. The apartment in Farsø becomes a white haze for Roxana, and time blurs into itself as she is kept locked inside its walls by Søren. Slowly, her idealistic vision of Søren fades, and Roxana realizes the prejudices and unhappiness heavily present in the older man, as well as in Danish society. Roxana begins to embody her dissatisfaction: she refuses to shower and basks in her filth, seeing it as proof that she is still alive after being trapped in an apartment with little social contact. Her dissatisfaction eventually leads her to another, vastly different man named Zlatan, a Bosnian Muslim refugee of the Balkan War and, in many ways, Søren’s opposite.

Through her relationships with these two men, another important layer of the story emerges: the eroticism of feminine sexuality. With careful observation and lush details, Locascio distills the experiences of the body and the pleasure sex brings, which become an important means through which Roxana feels alive. Daring and flawless in her depiction, Locascio locates the desire at the root of this sensuality. In Roxana’s relationships with Søren and Zlatan, she undergoes a metamorphosis before the reader and becomes open to and absorbed by the people and places around her. Most importantly, she discovers a different form of love—a sense of closeness and compassion. Locascio poetically describes it:

Everyone cloud icons, the floating notes of a surah in the sky. I resisted the beauty. Even as a calm descended, I insisted to myself that I loved him, that this was a reason for the sadness I felt. I pressed my face into his chest.
“Sweet heart,” he said. Two words. “You feel love, Roxana, a terrible openness, so open that it injures you. The pain that tells us that we live, that we have not yet gone into the earth.”

Open Me is an intimate story of self-discovery in a foreign land. Laced with politics and sexuality, Locascio’s novel plumbs a deeper place of love and understanding, toward oneself and others.