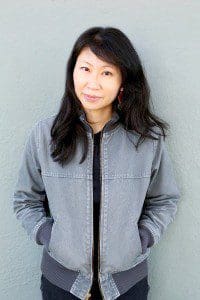 Chia-Chia Lin’s The Unpassing (278 pages; FSG) is the haunting story of a year in the life of a Taiwanese immigrant family living in rural Alaska. The novel, told through the eyes of ten-year-old Gavin, observes the disintegration of the family after tragedy leaves them raw. With prose as stark and spare as the Alaskan shores and forests she precisely details, Lin conveys an intimate and understated account of trauma, beautifully rendering the internal world of each person affected by a shared loss.

Gavin has a sister who squirms away from her background by changing her name from Pei Pei to Paige; his father, who was an engineer in Taiwan, works as a plumber and stashes liquor in the corners of the house; his dissatisfied mother fishes like a bear in the river by moonlight; and younger brother Natty openly struggles to comprehend what’s happened to them. Lin’s depiction of poverty and dysfunction is as unflinching and sincere as only a child’s perspective could render it.

The Unpassing is a penetrating narrative on the difficulty of finding footing in a new country and how a family scatters in the wake of this change. Lin, whose short story “Hinterland” appeared in Issue No. 95, spoke with ZYZZYVA about the novel and her process as a writer.

ZYZZYVA: The novel revolves around the experience of loss and the attempt to make sense of absence. Does the title, The Unpassing, refer to this theme? Since this word doesn’t appear in the dictionary, what does “the unpassing” mean to you?

Chia-Chia Lin: Absences have always called out to me. Something was once here, and now it is not. What is left behind? It’s not merely an empty space or a void. There is something real and tangible enough that it’s able to muscle into your daily life and crowd out other concerns, or consume air and attention and change the dynamics of the room. I wanted a title that reflected this contradiction—that something or someone who has left your life (passing away, passing out of it) could also, at the same time, re-enter your life with a brute, overwhelming force.


Linguistically, “un” words are also just fascinating to me. Unknowing something or unspeaking something is essentially impossible. These words are often accompanied by the word “can’t”; you can’t unknow something, you can’t unspeak something. You can’t go back to the place where you started from. The word itself takes up more room than it used to, now that it’s got this appendage. But it’s not a mere negation or an undoing. It’s a different creature altogether.

Z: The novel is framed around the Challenger disaster, as well as other events like the Exxon Valdez oil spill. What inspires you to incorporate such landmark events into your fiction? Do they help to ground your narrative in a time period, or do they serve more as symbolic elements?

CL: When I was writing The Unpassing, I was interested in interiors. So the book’s attention is directed inward, at the insides of things: at the connective tissue of this family, at the contents of this rickety house on the edge of a spruce forest, at the private thoughts and bodily experiences of a child. Altogether, this can make for a rather claustrophobic reading experience, and I recognized during the writing of this book that I needed to provide a little breathing room. Although it’s not my natural mode, I decided to go big not only in the setting (Alaska) but also in the markers of where we are in time. So we have these events that rock not just the family but the whole country. It was a way for me to provide just a touch of balance—to give a little context but also to break up the intense introspection here and there and to give glimpses of a larger world.

I never intended to make these events symbolic; that’s the sort of thing that happens almost against my will when I write. Side by side—the Challenger explosion, the family’s implosion—resonances just start to appear. My efforts are usually in the other direction, actually: to make things less overtly symbolic. I have a fear these days of being heavy-handed. 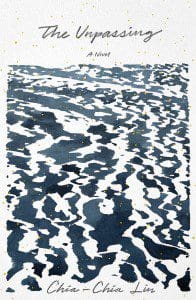 Z: You capture the voice and perspective of your main character Gavin as a young child so effectively that it is often difficult to remember he is recounting the events of the novel from adulthood. Who can we imagine he is speaking to?

CL: That’s a really interesting question. The events Gavin recounts take place mostly over the course of a year, and he is much older when he tells this story—several decades older. What I imagined was that he was rather lonely in his adulthood—at one point I had very precise details worked out about his age and profession and living situation, which I later cut from the novel—and that he viewed this particular year (1986) as a kind of turning point for his family. So he’s telling the story with a heightened intensity and awareness that every decision, every event, has long-term repercussions for his life and for his family. But whom is he telling? I’m not sure. Sometimes I think it might be the single person in his life he feels close to (someone we have not met). Other times I think it’s really anyone who will listen.

Z: ZYZZYVA previously published your short story “Hinterland,” which is also set in rural Alaska. Your description of this liminal geography in both pieces is sparing yet vivid, and always detail-oriented. What draws you to this setting in your work?

CL: I wrote that story nearly 15 years ago. I had just finished an internship in Anchorage, Alaska. The story is set in the interior—specifically Denali National Park, where I went backpacking several times. I tend to think of that story as being set in a different world from my novel, which takes place in South-Central Alaska—a more populated, more temperate, and less wild landscape, where the house is as much a setting as the outdoors. On the other hand, I do think I was using both landscapes to explore ideas that felt especially urgent during the time I spent in Alaska, such as the challenges of navigating the outdoors and self-reliance. There’s also an elusive quality I was trying to put my finger on—the feeling of your everyday concerns falling away, or being pared back to just a few vital ones, and the way aliveness resounds in that setting. I hope I gestured at these notions in my novel—it’s hard to know what you’ve created. I suspect I was much clumsier in my attempts in the short story (which I have not reread in the years since—I find it impossible to return to old work), but I am glad to hear you felt that some of the landscape’s singularity was evoked.

I suppose I was also fascinated, in both works, by the fact that Alaska has so much mythology associated with it, and the strangeness of writing one’s own story against that huge backdrop, and how small and large one can feel at once.

Chia-Chia Lin graduated with an MFA in Fiction from the Iowa Writer’s Workshop, where she received the Henfield Prize. Her short stories have appeared in The Paris Review, Glimmer Train, The Missouri Review, and other journals. Her first book, The Unpassing, was published by Farrar, Straus & Giroux in May 2019. She currently lives in Northern California. You can read her short story “Hinterland” in ZYZZYVA Issue No. 95.