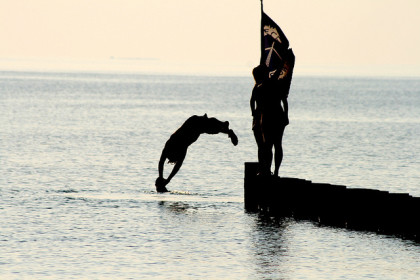 Kelly Cressio-Moeller is an associate editor at Glass Lyre Press. Her work has previously appeared in ZYZZYVA No. 101. Her poem “Summer at the Baltic Sea, 1958” from ZYZZYVA No. 110 is presented in its entirety below:

This entry was posted in Excerpts and tagged back issue, back issue excerpt, Kelly Cressio-Moeller, no. 110, poem, poet, Poetry, valentine's day. Bookmark the permalink.