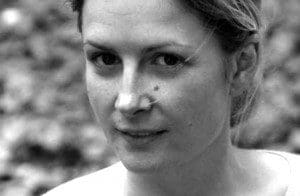 Tess Taylor’s first book of poetry, The Forage House (Red Hen Press; 88 pages), is a far-ranging exploration of a family’s role in the United States’s past. Called “brave and compelling” by U.S. Poet Laureate Natasha Trethewey, Taylor’s collection mediates the historical record that too often embellishes or deletes the legacy of slavery. Framed as a first-person lyrical attempt to understand family history, The Forage House contains no easy solutions to the problems of inherited guilt. Rather, Taylor’s poems outline emotional experience within archival reality, achieving a personal historicity that poet Timothy Donnelly calls “scrupulous and artful.”

We talked with Taylor, an East Bay native, about the intricacies and challenges of composing The Forage House.

ZYZZYVA: I thought the speaker’s attempts at articulating her identity through conversation with immediate and distant family members forms the thematic superstructure of The Forage House. An Appalachian great-great-grandmother, Thomas Jefferson, and your own mother, for example, all appear as figures and contrasts in relationship to the speaker. What was the thought process behind who to encounter and when?

Tess Taylor: You’re right—this book wanders between a penniless Appalachian great-great granny—an ancestor on my mother’s side— who died wearing a flour-sack dress in the woods of the Blue Ridge, and Thomas Jefferson, a direct ancestor on my father’s side, who is distinctly controversial, multiply remembered, even contested. I also circle a number of other historical ancestors and ghosts. And so the book is a blend of public histories and private ones, a blurring.

I was interested in how family stories exert a kind of formative mystery, and how they can layer into a kind of personal canon. I wanted to use the language of both family and history as poetry. Taking on Jefferson is one thing: He’s a formidable ancestor. I was 20 when the news about the Hemings family DNA broke, and it made me acutely aware that this storied, highly recorded family history I’d inherited on my father’s side was full of strategic, haunting absence. But as I wrote this book, my grandmother from North Carolina, who helped raise me, was also dying. She herself was a great lover of poetry, perhaps my first teacher. I’d spent a summer in the archive looking at wills or documents about Thomas Jefferson, and I came home to California where my grandmother was. I’d feel the oddness of travel, the strangeness of the archive, and the quivering incompleteness in her roundabout family legends.

These became my ingredients. 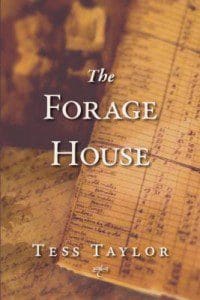 Z: The poems in this book move fluidly across time and space. What do you see these shifts doing in the book as a whole?

TT: I think of these poems as diasporic, in their way—representing motion from England and Scotland to America and from the East Coast of America, with its historical repositories, to the West Coast, which has served as a sun-glazed amnesia and as a place of cultural re-creation. In the town where I grew up, the bungalows are younger than my parents. My parents had incredibly deep East Coast roots, and they knew about them, whereas I inherited those places in fragments—as stories. California is literally on a different continental plate than the East Coast; I think of my childhood as in some ways an expatriate one.

California felt different, new, other. But culture is persistent, even as it is migrant. The bungalows I grew up in California were built by a generation of workers who had moved out of the South in the ’40s, who had come out of the Jim Crow South and out of the Dust Bowl. These were poor people who had very little but nonetheless carried their racism with them. In a kind of sad irony, I have written a book that explores the spaces where people in the past were not written down, not recorded, because they were not seen as human. But now I live in a state that struggles with an enormous undocumented labor force, which is in constant struggle over who to document. Many of the students I teach at UC Berkeley struggle with questions of documentation.

I suppose another way to put all this is that I am fascinated by the way time and place and travel change us, but also by the way certain elements reappear or stubbornly persist. I’m talking about heavy things, but also oral culture, also language, legend, story. I’m interested in the imperfect canon of traces that make us know who we are. It’s such a jumble—erosion, persistence, re-creation: Not just heavy and tragic baggage, but identities made of traces, inflections, scraps, songs. The forage house.

Z: What issues did you face when wrestling with the cultural inheritance of slavery and racism in The Forage House?

TT: Talking about racism and slavery feels scary at first. I was – and am – afraid of getting it wrong or being judged. I am afraid of unleashing pain or anger, and also of feeling those things myself. But I have realized that being silent about this history wasn’t going to help it heal, and was in fact taking part in a culture of suppression that forecloses on knowing what happened.

After all, talking about slavery is scary not only for me, but for lots of people. It’s painful.  As I began working on these questions—trying to know more about what happened—I discovered that some members of my family would have been much more comfortable if the only kind of history I wanted to look at had been the history of pretty China or aristocratic generals. I had to write in the presence of their intense disapproval.

But here it is: My Virginia ancestors, each generation between 1674 and 1865, consistently were among the people who owned the most slaves in their county or state. They were among the wealthiest landowners in Virginia from Colonial times until the Civil War. That’s a lot to take on. Despite knowing about our Jefferson connection, despite knowing about these stories of ancestors, I never registered the enormity of slavery as practiced by my family, or in some cases, crafted by them. As a child, I  don’t know if I never let myself know it, or if I was never told. Yet how did I not know this? How was this silence made? What purpose did it serve?

For the purposes of this book, I try to document my own path of walking up to the edge of what I could find in my research, and finding the places where what I could see pushed toward what I couldn’t. So I look into the archaeology pit and then follow my mind to people smoking the pipes. But I don’t name them, I can’t. I don’t know if anyone can. As I wrote I tried to be faithful to the encounter of absence, to the place where a story I dug out of the archive or the ghost I glimpsed shimmered up. I tried to offer a sense of the haunting.

Z: What was it like to work so closely with such rich historical source material?

TT: Well, I’m an archive nerd. I really love historical source material. My parents are both historians, and I was trained as a journalist. So I love old things, digressive stories, funny ads on ancient magazines. I love words that turn up, the oddness of objects. These spur the imagination. I was lucky—I got to see such amazing stuff while researching this book. In the American Antiquarian Society, there were delightful books, beautiful vellum prints of birds. Gorgeous things, so lush. Who doesn’t love the word vellum? Sometimes looking closely at old objects is a way of daydreaming. But vellum is after all a thing made of skin, a thing with a trace of violence in it.

So much of history is like vellum—a lovely thing with a trace of slaughter around it.

The day I was looking at lovely birds from 17th century books, I also found an old family will that said that a distant Taylor ancestor had deeded “books, negroes, land” to each of his sons. I’m a writer. I revere books. I think of them as a moral good. The idea that my ancestors considered people and books worthy of being traded with one another—of equal value— is chilling. I probably will never know the names of those people, or of all the other people who are mentioned in passing in wills.

When we work with historical objects, we have to keep this awareness with us: Matter is only just that. Material only takes you so far. Somehow a poem also has to be about the imperfectness of human encounter, not only with the past, but with our own lives as well.

Z: You heavily favor poems made up of couplets or tercets throughout The Forage House. What appeals to you aesthetically or thematically about these forms?

TT: Yes. I kept feeling that I was writing into loss—like the loss of my cherished grandmother—and also into painful absence. The tercet has a terseness. The couplet breaks the page. Sometimes I have half rhymes or sonnets—language under pressure, but I wanted the feeling of fraying and frayed artifact to come through. I like the feeling of the quatrain eroding. The rent thing ripped or ripping.

Z: Of all the historical “cameos” in the book, whose opinion of your book would you find the most interesting or the most meaningful?

TT: I spent a lot of time daydreaming about my great-great-grandmother Emeline, who lived in the woods of Appalachia and raised 13 children as a widow right after the Civil War. There’s a fishing rock in the New River right by where her house was and people there still call it Granny’s Rock. She gathered herbs. I learned about her because she was the stuff of family lore, and no one could bear to let her go. In some ways she is as real to my imagination as Thomas Jefferson, who, I also learned about through private family stories. Of course, I’d like to meet Thomas Jefferson. I mean, when you go to Monticello, you see his wonderful elaborate things, his micrometer, his telescopes, his architecture, his books. Like him, I love Latin poetry and gardening. Jefferson exudes a kind of intellectual charisma. Yet I struggle with him and with his legacy; his complexity and his racism and his duplicity. I’m in awe of him but he irritates me. He’s been envisioned so many times that it’s hard to see him. It’s impossible not to wonder what he would have been like. I’d love to take a walk with him, and name some plants together. I’d love to argue with him over dinner.