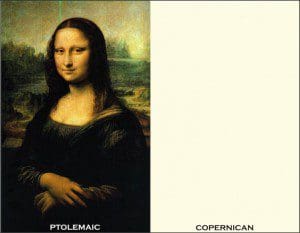 Science began with the Copernican Revolution. Recognition that the world is an average planet, and that our place in the cosmos is nothing special, has allowed humanity to make generalizations about the universe based on local observations. Yet while the Copernican Revolution has enlightened scientists for centuries, art remains Ptolemaic. The work most cherished is esteemed for being atypical. Whether admired for academic skillfulness or avant-garde boldness, the masterpiece is our artistic ideal. If art is to foster universal understanding – and be more than a cultural trophy – the great works must be abandoned. We must banish masterpieces as distracting anomalies, just as scientists routinely discard artifacts from their data sets. Art ought to be mediocre. The art of the future must be Copernican.

1.  Painting must have the average color of the universe. Let it be beige.

2.  Sculpture must have the predominant composition of the universe. Let it be gaseous.

3.  Music must have the gross entropy of the universe. Let it be noisy.

4.  Architecture must have the fundamental geometry of the universe. Let it be flat.


5.  Cuisine must have the cosmological homogeneity of the universe. Let it be bland.

6.  Film must have the mathematical predictability of the universe. Let it be formulaic.

7.  Dance must have the characteristic motion of the universe. Let it be random.

8.  Literature must have the narrative arc of the universe. Let it be inconclusive.

This new Copernican art can be made by anyone. To achieve complete mediocrity, everybody must participate. In all genres, new work is required. The Ptolemaic past must also be reexamined, standards reconsidered, masterpieces rectified.

1. As perceived by eyes adjusted to darkness, the average color of the universe has the CIELab coordinates 97.7, -0.5, 9. Any painting, including the Mona Lisa, may be made Copernican by coating the canvas in pigment of that hue, obliterating all prior Ptolemaic markings. 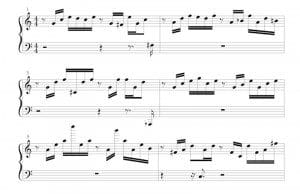 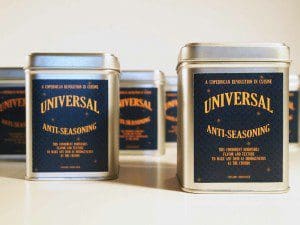 3. At the cosmological scale, the universe is homogeneous. The homogeneity of any dish can be increased, and the flavor diminished, by adding cornstarch, the universal anti-seasoning.

A selection of Copernican artwork by Jonathon Keats will be shown next month at Modernism Gallery in San Francisco, with an opening reception 5:30 p.m. to 8 p.m. on Thursday, October 20. For more information, see www.modernisminc.com.

Acclaimed as “a poet of ideas” by the New Yorker, Jonathon Keats is an experimental philosopher and artist based in the United States and Italy. At the Crocker Art Museum, he recently opened a photosynthetic restaurant for plants. He has also exhibited extraterrestrial abstract art at the Judah L. Magnes Museum, and attempted to genetically engineer God in collaboration with scientists at the University of California, Berkeley.