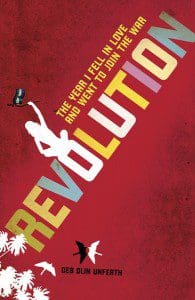 Save some long-mothballed, early twentieth-century avant-garde movements, memoir may be the only literary genre requiring a statement of principles. This applies to readers and writers alike. Do you expect a memoirist to show perfect recall, to reconstruct a past with vividly described environments, clear dialogue, and novelistic scenes? Or do you want a memoirist to admit the fallibility of her memory? Perhaps in an introductory preface, and to confess that some scenes, characters, and timelines may be elided, compressed, combined — i.e., do you mind if she makes things up, as long as it’s in the service of a good story? (Or are you looking for something else entirely?)

In Los Angeles recently, during the Q&A portion of an event at the Hammer Museum, author Deb Olin Unferth, who appeared with novelist David Bezmozgis, sided with those who would claim that memory is acutely fallible and that a memoir should be written accordingly. Unferth’s memoir, Revolution: The Year I Fell In Love And Went to Join the War (Henry Holt), is made up of short, pithy chapters and frequently acknowledges the author’s uncertainty about the events she recounts in her book: when Unferth, a freshman in college, dropped out of school in 1987 to tag along with her older boyfriend, whose passion for liberation theology and socialism led him to seek out ideological kinsmen among the revolutionaries of Central America.

More than once, Unferth trots down a short path of remembered experience only to question the anecdote — though not quite enough to disavow it. Should the event not really have happened as she thought, Unferth then proposes an alternative experience that certainly did take place at some point during the heady period that inspired her book. At times, Unferth even writes in her mother’s version of events, showing that the two women retain vastly different impressions of that year.


The point of acknowledging the imperfections and lacunae in one’s memory is to establish an honest rapport with the reader. The writing of a book can be an act of narcissism, and a memoir generally comes with a sort of built-in condescension: my experience is more interesting, more dramatic and profound than most, and deserves to be shared. But Unferth leaps over all of that by using humor, self-questioning, and a light touch. There is no self-aggrandizing. Unferth and her then-boyfriend, George, didn’t find the type of revolution or animating politics they sought (in that way, the book has the conventional ironic arc of a novel). But instead of being a diary of young revolutionaries, Revolution is more a document about the nature of the Deb-George relationship, its magnesium flares of half-understood passions, and how strange but sensible it all appears in retrospect. At no point could these dropouts have been called budding militants; rather, they were love-struck paramours stumbling up against new, funny, and often dangerous iterations of their naïveté.

Reflecting on her 18-year-old self, Unferth is at times baffled she was able to embark on this adventure, and she channels this confusion into an examination of what made George such a charismatic, if doomed, figure. (“Wherever he went, wherever he is, part of him feels apart.”) She takes a machete to her memory of her time with George, hacking away at her perception of things, at the distortions time inevitably creates. She reveals that an honest interrogation of one’s past results in a fragmented narrative. (And Revolution is certainly a collection of fragments, with the discordant appeal of a collage.)

The central issue delineating sides in the memoir wars is honesty. Does that value matter in our post-post-modern age (or whatever you might call it)? Here I am supposed to cite a raft of familiar examples of the elusiveness of truth, the truthiness of truth, until all is sand slipping between our subjectively viewed fingers. But that’s a Möbius strip of an argument: It leads nowhere but back onto itself. Instead, I’ll say yes, honesty matters — that is my brief statement of principle — and then defer to the author.

As Unferth said during the Q&A, and as a litany of exposes have borne out in recent years, “people will find you” out if you twist the truth. Then a memoir, a piece of art designed to move and entertain, becomes a matter for mock-righteous indignation, meta-level debates, and even class-action lawsuits. “It’s important not to lie at all,” Unferth said, though one could argue that what matters more is the magnitude and nature of the lie. If your memoiristic province is the Holocaust, international development, or drug addiction — that is, something deeply emotional to a large number of people — then the revelation of lies on the page will be calamitous. If you are a popular humorist who mines his family’s seemingly endlessly dysfunctional history for anodyne laughs, then you probably have little to worry about.

In that sense, Unferth’s story may not speak to a widely held experience, though part of its appeal is that it takes a familiar setup (young people in love) and drops it in an otherworldly setting. But she should be commended for being forthright about her adherence to, and advocacy for, the truth. The fractured structure of her story is actually the fulfillment of this commitment.

Memoir, as Unferth mentioned at the Hammer, is, despite its market capitalization, a recent literary creation. It’s a class of writing that only a few decades ago began to distinguish itself from the standardized cradle-to-grave narratives of autobiographies. Memoir’s characteristics and concerns are still being felt out. Unferth cited the formation of identity, an inherently philosophical mien, and, of course, the gaps in memory. But with every new “scandal” wrought by a partially fabricated or manipulated memoir, we seem to be approaching a general sense of what memoir is not. Unferth’s book doesn’t break ground in this regard. Yet in its modernistic and humble embrace of uncertainty, Revolution offers a useful guide for how future memoirists might privilege unvarnished truth over self-indulgent fictions, leaving us with stories that live and die on their own literary merits, and that don’t have to be scent-checked for bullshit.