All the Lost, Autobiographical Novels 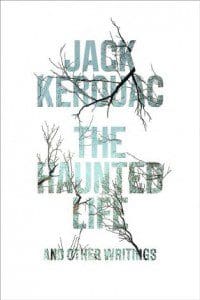 Hunter S. Thompson, for example, wrote his first novel, the autobiographical story of a boozy Kentucky boy in the city titled Prince Jellyfish, in his early twenties. After numerous literary agents declined it, Thompson shelved the manuscript and finished a second novel called The Rum Diary, which Simon & Schuster released in 1998, nearly four decades after he had completed it. And just last month, De Capo Press published Jack Kerouac’s lost, semi-autobiographical novella The Haunted Life, seventy years after Kerouac wrote it. It isn’t the Beat author’s first novel. That title goes to The Sea Is My Brother: The Lost Novel, penned in 1942. Nor is The Haunted Life Kerouac’s only “lost” novel; both it and The Sea Is My Brother took seven decades to reach print. The troubled twenty-two-year-old supposedly left the manuscript of The Haunted Life in a New York cab. But the novella surfaced in his friend Allen Ginsberg’s Columbia University dorm room closet, and much later in 2002, it sold at Sotheby’s for $95,600.