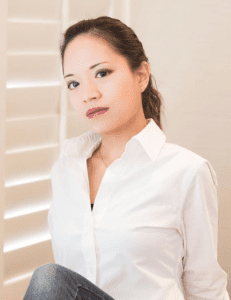 Yu-Han Chao’s Sex & Taipei City (195 pages; Red Hen Press) offers twenty short stories that explore the repressed world of sexuality in Taiwan and how it is often secretive, awkward, and stranger than one might expect. Chao’s collection reads like a witty recount of gossip slipped between friends. There is an intimacy to each character and their lives that pulls the reader into modern Taipei with its night markets, karaoke rooms, and bustling streets. Chao doesn’t shy away from the provocative world she is exploring: the stories range from a young girl selling her body as a form of revenge, a grandpa who watches Japanese porn at high volumes, and a bride bought by a controlling man. Chao’s writing is shocking yet provides a rare glimpse into a world usually concealed. She brings to light the gendered, familial, and cultural aspects of sex in Taiwan in an entertaining way. Chao, who was featured in Issue 78 of the journal, spoke to ZYZZYVA about the book’s themes surrounding sex and Taiwanese culture, as well as her affection for the country and its people:

ZYZZYVA: The environment and culture of Taipei play a prominent role in your collection. The urban, modern setting is a vibrant part of the stories, yet we find people’s relationship to sex is quite the opposite: it is secretive and hidden. Why did you settle on Taipei as your setting?

Yu-Han Chao: The short answer is it’s my hometown, it’s what I know and, in a sense, who I am. I was born and grew up in Taipei, Taiwan. I miss the city, many of the people, the 7-11s, cute little stores, night markets, some of the neighborhood gossip, and all of the food. Taipei is one of my favorite characters.

Z: How did you come to write about sex and relationships specifically, and especially how it operates in modern Taiwanese culture?

YHC: I think what’s interesting about modern Asia is there are all these liberal and Western influences, but people’s families and parents and neighbors and aunties are just as judgmental as they were thirty to sixty years ago. It’s a huge problem for young people, and sometimes lies and secrets are necessary to save them from being cast out or severely penalized by family.

There’s always conflict between genders, generations, and cultures, especially as the demographic of Taipei becomes increasingly diverse. Young people must be home by 6 p.m. for dinner every night, and aren’t supposed to be dating at all, yet they watch Sex and the City on HBO every night after family dinner, sometimes with Mom and Grandma. Asia is a huge oxymoron. Not that America isn’t, but the polarization in repressed cultures often happens more internally, in individuals, rather than across political groups.

When it comes to sexual practices, the more repressed and proper the society in the daytime, the more weird fetishes may crop up at night. Taiwan has nothing on Japan when it comes to fetish culture!

YHC: Carl Jung talks about the shadow: the more “good” you behave from day to day, the more darkness may grow in your shadow (hidden, inner self) to counterbalance all that goodness, ying to yang, darkness to light.

So, having grown up as a good Asian girl trying to navigate the extremes of socialization and social expectations, I find myself interested in spotting the opposite of everything I’m supposed to be and do. It comes out in the stories.

For example, growing up as young girls in Taiwan, the elders in the family tell us that “men are animals,” and we should never, ever be alone in a room with a man because they cannot be trusted. Then, suddenly, we graduate from college, and it’s all, “So when are you getting married?” Looking at the contradictions in sexual mores and societal norms, many things seem absurd, illogical, practically entertaining, rather than dirty or unspeakable.

There is nothing entertaining about violence or violation, which are also portrayed in Sex and Taipei City because, unfortunately, it happens every day, everywhere. Maintaining (a safe) distance at times can be an effective coping or survival skill for anyone living in today’s world.

Z: What are some of the Taiwanese traditions and beliefs about relationships and intimacy that made their way into your work?

YHC: In my family, when we were growing up, nobody ever touched anybody. No hugs, kissing, displays of affection. So any of that stuff has to happen behind closed doors, under the covers, if at all, and for the most part we feign innocence when it comes to sex.

Taiwanese society does a pretty good job of keeping sex a secret up until Health Education in middle school. I remember finally learning where babies came from and feeling devastated because my favorite, beautiful math teacher––who seemed so perfect in every way––was hugely pregnant with twins, and the only explanation for her pregnancy was that dirty thing she must have done with her husband. I was pretty disillusioned at the time; I felt like I couldn’t even look at her anymore!

Now I’m in America, a practically-middle-aged Asian woman with a young child, and most people in real life see me as such a polite and proper person that their jaws drop when they read my writing and realize the filters just aren’t there.

Z: I noticed many of the characters operate under, or are some way informed by, gender expectations. They may be pushing back against patriarchy, like in “Yuan Zu Socializing,” where she sells her body for money to get revenge on her father. Or, they may be desperately trying to fit into these gendered expectations, like the character of Jolie in “Simple as That.” How did gender play a role in crafting these stories?

YHC: Gender-based socialization is a huge divider in many societies, and in Taiwan gender roles can be very exaggerated, from appearance to career expectations to sexual dynamics…basically, shaping people’s entire lives. Fiction is one way to draw attention to the issue so that people can recognize the consequences to such inherent inequalities and power struggles.

Z: Does family structure play an important part in Taiwan as well?

YHC: Family is a huge part of the tensions in the book, because in Taiwan the elders have great authority and power, and like the male lead’s mother and grandmother in Crazy Rich Asians, they can be very domineering. This means a grown man or woman could be forty years old and have children but is still expected to obey his or her parents or grandparents’ wishes. The fact that traditional Taiwanese families have multiple generations under one roof doesn’t help, because, once again everybody knows everybody’s business and tries to exert influence over one another’s lives.

The tightly knit family structure is great for Chinese New Year–– we love our family and back home we always have our village—but sometimes the seeming lack of free will can be difficult.

Yu-Han Chao, author of Sex & Taipei City, was born and grew up in Taipei, Taiwan, and received her MFA from Penn State. The Backwaters Press (an imprint of University of Nebraska Press) published her poetry book, We Grow Old, in 2008. Another New Calligraphy, BOAAT Press, and Dancing Girl Press published her chapbooks. She maintains a blog about writing and nursing.