April represents National Poetry Month, intended as a way to spread awareness and appreciation of poetry in the United States. To celebrate, each week we will be taking a look back at ZYZZYVA’s recent and distant past to share some choice selections. To begin the month, we present John Sibley Williams’ poem “Astray” from ZYZZYVA No. 112: 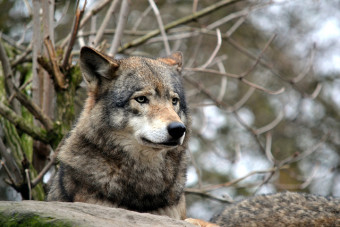 A neighborhood gone missing. Only
the torn electrical tape that held it
together remains of the cul-de-sac
where most of us learned to drive in
circles. No bedroom windows left for
songbirds to strike each morning or
streets made of tin foil or walls of
spring bees. I believed the conquest
of weeds was enough, the broken-
down pickup in a garage full of tools.
I believed in launching range wars
with pinecones from rooftops and
neighbors, if they answered, would
not answer with bricks. That old
humiliation of wolves slinking hungry
through suburbs, made pets. And
evenings when we practiced our
howling in unison. The empty church
on the corner lit up in cobwebs. No
flies swaddled for dinner or sorrows
to atone for. I hold this photograph
up to the wild it’s become. When we
were still in them, for what it’s worth,
our homes were already failing.