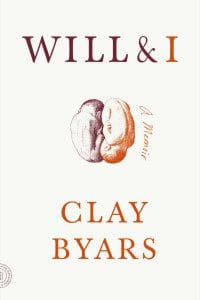 After his stroke, Byars not only loses the ability to move but also the ability to speak. Gradually, he regains a limited mobility and a shaky, barely intelligible version of his old voice. With the help of his singing coach, Dewin, he learns to control it, or rather he learns how to trust sound waves to do their work. At the end of one of his first lessons, Byars feels his voice come in tune with the piano. “The sound,” he writes, “no longer had a ceiling.” The rest of the memoir follows the author slowly and painstakingly removing the ceilings fate keeps thrusting over him. And he does believe in fate, in a writerly way: “The notion of fate only appears when we consider ourselves as unified consciousnesses moving through time, but such an identity is merely a role—or at least that’s how I’ve come to see it.”


Folded into Byars’ healing narrative is the origin story of his becoming a writer. Writing is a survival tactic and “healing obsession.” He traces the beginning of his writing life to the moment he returns home from the hospital after his stroke and begins typing with a single index finger, “dragging [his] one hand around like a Ouija-board pointer.” But you might follow it even further back to the first message he communicates after his stroke. Eager to demonstrate his awareness, he blinks out “N-I-E-T-Z-S-C-H-E”—the philosopher who declared, “What doesn’t kill me makes me stronger.” Byars’ family and friends are left speechless. For him, the alphabet “had never seemed so ancient and sacred.” He actually feels grateful to it, “as a system, for allowing [him] to get thoughts out of [his] head.”

Like most artists’ coming-of-age stories, Will & I includes a rejection of commonplace life, though in Byars’ case the rejection is essentially forced upon him. Separation is the inevitable result of bodily otherness. He lives in rural Alabama on a farm with his two dogs. He doesn’t go to many dinner parties, but when he is in a group of people he tends to feel isolated, damaged, like he’s wasting his time. He writes, “Partly it comes down to fear of ‘putting myself out there,’ sure. But partly it’s that the only self I can put out there isn’t me—is, in fact, hiding me, behind an idea that equates the body with the person.” Of course, on the page he’s disembodied—that’s what so freeing about writing. Byars isn’t self-righteous or self-pitying, though; he understands that “the physical is vital in part because it’s one of the ways we become compelled to look deeper into one another.”

Though Byars rarely socializes, plenty of compelling characters populate this short book. The author’s twin, Will (who doesn’t actually play as prominent a role as the title leads you to expect), is an obvious foil. He lives the life Clay might have had if he hadn’t been in the accident. But Will is more than that. Because the twins’ thoughts “run in the same channels,” his peculiar reaction to Clay’s situation tells us something about the author’s psychology, too. When Will can’t bear to stay in Clay’s hospital room for more than a few minutes, Clay understands: “The feeling was: at least one of us can get out. What I could never explain to a non-identical twin is that we both felt it. I watched him leave without judgment.” Besides Will, there’s Clay’s diligent singing coach Dewin, his witty caretaker Candy, his adolescent love interest Eleanor, his crazy gun-wielding neighbor Bubba, his formerly-stray dogs, and his loving parents.

As Byars writes of authoring his first short stories, every word in this book seems “both inevitable and full of potential.” In frugal, lucid prose, Byars delivers a heartbreaking and heart-recalibrating story of human survival, one that when reviewing it you wish you could quote it in its entirety. But let’s instead content ourselves with the book’s final passage. Byars has just returned home from a voice lesson when his sister calls. He can tell by the way she answers the phone “vaguely caught off guard,” and by the things she talks about that she thinks she’s speaking with Will: “She asked a few simple questions that didn’t require more than a yes or a no, or if one did, I would carefully say, ‘I don’t know,’ and she would go on. I was only half-listening at that point. I wondered how long it would be before she figured out who I really was.”