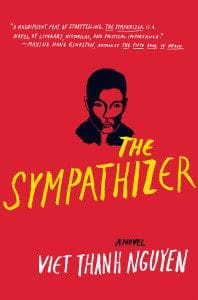 In schools throughout the country, American children and teenagers tend to learn about the Vietman War—and by extension, the country of Vietnam—through the prism of U.S. culture. This is not merely to reaffirm that entrenched ideas and predilections form our understanding of historical events, but also that early conversations about the war often gravitate away from Vietnam-as-place-and-people, and toward what Vietnam-as-idea sparked in the American consciousness. Student-led protests, the creation of the most talked-about countercultural movement in our history, the unthinkable fallibility of the American military—even Jimi Hendrix and the Beatles are all likely to be mentioned before Ho Chi Minh or Saigon. To young Americans, if not most Americans, Vietnam is a jungle in which unlucky youths fought and died before they lost a war, came back home, and started their American families.

Dehumanization is a part of art, war, and life; it can be both a shield and a sword. American art mines senseless loss and unspeakable atrocities for poignant drama, political insights, and moral ironies, and does so expertly. But before a deathly moment of horror, there is a life that has been lived, regardless of the hemisphere in which it was. What does it mean to engage with a subject containing the histories and hopes of an entire people about whom we know so little?

The Sympathizer, Viet Thanh Nguyen’s complex and compelling first novel, confronts us with that difficult and often discomfiting question. Ostensibly a tale of subterfuge, the novel makes use of an engaging narrator and tackles issues of artistic representation and cultural identity. Its narrator is the half-Vietnamese, half-French (and therefore worthy of scorn and distrust from many of his fellow Vietnamese) aide to a jingoistic, uncompromising South Vietnamese general. He is also a mole, working undercover for the communist regime; we learn on the first page that his story is a confession beginning in April 1975, shortly before the fall of Saigon: “I am a spy, a sleeper, a spook, a man of two faces. Perhaps not surprisingly, I am also a man of two minds.”


These opening lines echo resoundingly those of Ralph Ellison’s Invisible Man, the 1947 masterpiece that gave readers a similarly unnamed, unmoored narrator, who ruminates on his condition as a man whom people refuse to see, due to “a particular disposition of the eyes of those with whom [he] come[s] into contact.” But while Invisible Man’s narrator constantly encounters people who map their biases and understandings of blackness onto his inchoate form, The Sympathizer’s narrator believes his condition to stem simply from his ability “to see any issue from both sides.” The confession is a work of solipsistic storytelling, sometimes veering into the territory of ghosts and clouded memories, but largely absent are the typical literary feints often used to create the “unreliable narrator.” It becomes clear that the narrator’s attempts to avoid obfuscation and diversion are genuine if  insufficient, and Nguyen cleverly channels this earnestness into a terrible complicity (especially in the novel’s strongest set piece—a torture scene set almost entirely in the narrator’s mind).

The novel’s resemblance to Invisible Man is neither incidental nor superficial; descriptions of April as “the cruelest month” and of flora Whitman would have loved are more than winks at the reader’s erudition. In a brilliant turn, these and other vestiges of the narrator’s American education (at Occidental College—where else?) become fodder for the confession’s addressee, the mysterious Commandant, unaligned with party or nation for most of the novel (to divulge these details would be to ruin one of the novel’s more surprisingly satisfying moments), who turns them back on the narrator, disgusted by his ready assimilation of another culture’s signifiers.

Although usually rhythmic and lithe, at times the prose becomes clunky, or glib, as when the narrator imagines the United States as a beast “that would not be satisfied until it locked every nation of the world into a full nelson and made it cry Uncle Sam.” If this detracts from smoothness of style, however, it furthers the sense of the narrator’s entrenchment in Western culture while also reminding us of his ostensible devotion to the liberation of his home. Nguyen hints that his inability to remove the American slant from his confession is as great a crime as the horrific duties he was forced to perform in service of his Vietnamese superiors. Throughout, Americanisms abut phrasings that create a sense of estrangement in their awkwardness, as though something has been lost in translation: “The guitarist was a long-haired draft dodger…His singing partner was an equally long-haired woman of dulcet voice, her slim figure outlined by a silk ao dai the same shade as a virgin’s blush.”

The Sympathizer’s overt funniness and careful use of sardonic humor should not be ignored. Nguyen is an expert ironist, and his turns of phrase often destabilize the reader’s confidence in the morality of a scene or a decision while also pointing toward something essential about the narrator’s sensibility. Indeed, fealty to language and convention as expressions of identity and tradition play an enormous role in the book. The leadership of both communist and capitalist parties invoke freedom as the ultimate goal. But that oppositional parties should believe so fervently in their different approach to the same ideal they hold holy speaks to the role inculcation plays in the development of (and stubborn commitment to) a proscriptive way of thinking about that goal.

But if the politics seem half-baked, their gooey center provides ample material for investigations into the pathology of ideas and the dangers of deracinated ideology. The problem, it seems, is not that the narrator has had his loyalties compromised, but rather that he has had his very sensibility hijacked by Western thought and culture. As he grows increasingly unhinged, he experiences a cleaving; but what happens when a body contains two minds? “We are the thesis and the antithesis, from which comes the more powerful synthesis, the truly revolutionary consciousness.” So the narrator is told by an old friend who may or may not have betrayed him, and whom the narrator may or may not have betrayed, too.

The triumph of The Sympathizer is that it does more than pit East against West in diametric opposition. They are not two sides of the same coin; they are merely two hemispheres. It would be fatuous to describe the novel as either anti-American or pro-Vietnamese; indeed, Nguyen implies that such delineations are highly pernicious. As a communist officer of reeducation tells the narrator, “The anti-American already includes the American…Don’t you see that the Americans need the anti-American. To be anti-American only makes you a reactionary. In our case, having defeated the Americans, we no longer define ourselves as anti-American. We are merely one hundred percent Vietnamese.”

Forty years after the war’s end, Nguyen has given us not an apologia for the actions of a communist mole, but a corrective to reactionary art and ideas that define the rest of the world in oppositional terms. Far from being reactionary, Nguyen’s novel is, in its small way, revolutionary. Like any good work of historical fiction, The Sympathizer transcends its setting, but in this case it speaks even less to the war than to the responses to it. By its end, Nguyen’s novel has blurred the lines between East and West, history and literature, and self and society, turning the reader’s attention back to the exigencies of the fraught, volatile present.

2 thoughts on “A Crime of Dispassion: ‘The Sympathizer’ by Viet Thanh Nguyen”