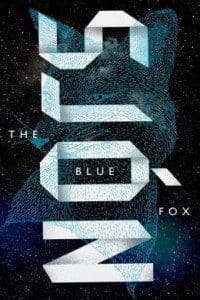 Three novels from acclaimed Icelandic author Sjón are now available in the United States. Translated by Victoria Cribb, each book offers a vastly different story, beginning with simple and intense prose, which unfolds into a dense examination of a character’s thoughts.

In The Blue Fox (Farrar, Straus and Giroux, 128 pages), first published in 2004, Sjón offers two separate narratives. The first describes the initial hunt for a blue fox through the heavy snow of an Icelandic winter in 1883. Halting right before the hunter attempts to kill the fox, the story shifts to the days just preceding the hunt. Fridrik B. Fridjónsson, a farmer and herbalist, is the caretaker of Abba, a simple woman with a mysterious past. Hálfdán Altlason, an eejit who works for the local Reverend Baldur, is sent to Fridjónsson to pick up a coffin. Altlason is betrothed to Abba, and upon his arrival he discovers the coffin contains Abba’s body. Following Abba’s funeral, Reverend Baldur braves the weather and sets off on the hunt for the blue fox. The narrative that follows alternates between Baldur’s attempts to survive catastrophe and the unraveling of Abba’s history.


Sjón’s prose flows well. Its direct language keeps the reader intensely engaged with the natural elements of the world it describes while never deviating from the story’s action. Still, the most remarkable element of Sjón’s storytelling here is how he uses a seemingly trivial connection to alternate between his two narratives, only to surprise us by pulling them together into a surprise ending. 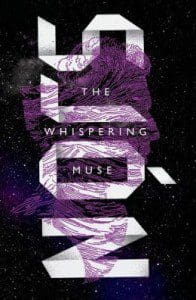 Unlike the economy of The Blue Fox, 2005’s The Whispering Muse (Farrar, Straus and Giroux, 160 pages) lavishes detailed prose in its story of Valdimar Haraldsson, a 1940s writer and philosopher who publishes journals detailing his theory linking the consumption of fish to the superiority of the Nordic race. A fan of Haraldsson’s dies, and his wealthy father, shipping agent Magnus Jung-Olson, invites Haraldsson on a cruise aboard the M.S. Elizabet. Haraldsson basks in a beautiful cabin, believing his role on the ship consists of offering lectures on his fishing theories. Each night at dinner, though, the ship’s second mate, Caeneus, captivates the crowd with a first-hand account of his adventures as an Argonaut, following Jason to Lemnos where he meets Hypsipyle in ancient Greece. Each night, prior to beginning his story, Caeneus listens to a tiny piece of wood that acts as his muse, seemingly offering magical powers. “He would listen to the chip for a minute of two, closing his eyes as if asleep, while under his eyelids his pupils quivered to and fro.” Haraldsson grows jealous of Caeneus’s attention, and jealousy evolves into crime.

In Sjón’s second novel, both Haraldsson and the reader work to understand how Caeneus can tell stories about himself in ancient Greece while living on a ship in 1949. Caeneus’s Argonaut adventure develops through the book, but Haraldsson is only concerned with the mystery of the piece of wood. As with The Blue Fox, Sjón waits until the book’s final pages to solve the mystery and finish the story with a twist. 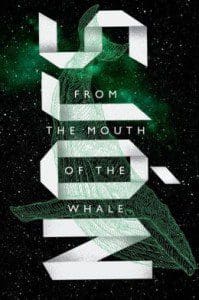 The most recent of his newly translated novels, 2008’s From the Mouth of the Whale (Farrar, Straus and Giroux, 240 pages), veers from the unadorned prose of the other books. A longer work, the novel tells the story of Jónas the Learned, a self-taught scholar in 17th century Iceland. As Jónas grows up, through his own reading and studies he develops the knowledge to act as a doctor to women in the surrounding areas (though Jónas’s examinations of the women hint at indecency). Eventually, Jónas publishes a book detailing the things he has learned, but his enemies in the local government use the book to convict him of sorcery, and he is sentenced to banishment on Gullbjörn’s Island. The book moves freely through time, detailing Jónas’s apparent exorcism of a ghost, the meeting of his wife, and the events that led to him running afoul of a local authority figure. Only attempts by scholars in Copenhagen can save Jónas from his banishment.

The writing in From the Mouth of the Whale is deeply interior, switching between Jónas’s point of view and a third-person view of his life. While inside Jónas’s head, the prose borders on stream-of-consciousness, providing a look at Jónas’s deeply religious beliefs: “My journey took place shortly after Easter—a holiday that had lost its meaning now that Lent had been scorned and people ate whatever they could shovel into their mouths.” Sjón tracks Jónas’s mental state through his thoughts, often providing questionable motivations for the actions of an otherwise sympathetic character. The writing in the book’s final section grows increasingly chaotic, capturing in heartbreaking detail Jónas slowly losing his sanity.

All three of Sjón’s books exhibit a deft touch at developing time and place, effortlessly transporting the reader. All three are set in different centuries, and in different areas of Iceland, but the author’s ability to evoke time and place is best demonstrated in From the Mouth of the Whale, where we also get a sense of the era’s intellect, touching on the rudimentary belief system of his characters, including Jónas’s absolute belief in the teachings of Christianity.

Though not comprising a trilogy, when these three novels are read in order of publication, you can witness the growth of a writer, honing his craft with each book. From the penetrating nature writing of The Blue Fox to the dense, mythical and spiritual writing of From the Mouth of the Whale, Sjón’s has developed into a skillful storyteller.