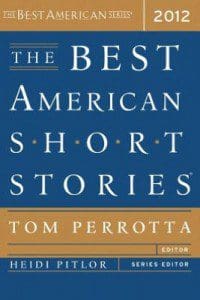 Among the other stories named to the Notables list are pieces from The New Yorker, Harper’s, Tin House, and McSweeney’s and work by such authors as Jonathan Franzen, Alice Munro, and T.C. Boyle.

Of special note to our readers: ZYZZYVA will be publishing or will have published work from six other writers named to this year’s Notables list: Will Boast (Fall 2011), Ron Carlson (Winter 2012), Jennifer Dubois (Winter 2012), Karl Taro Greenfeld (Fall 2012), Peter Orner (Spring 2012), and Don Waters (Spring 2012).