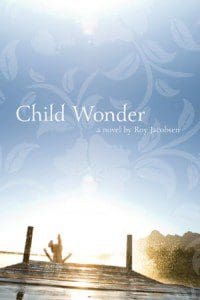 Roy Jacobsen’s coming-of-age novel, Child Wonder (Graywolf Press; 239 pages), offers a well-crafted metaphor for the cultural transformations of Norway in the 1960s – a time “[b]efore oil,” as Jacobsen writes in the foreword, “before anyone had any money at all.” The book, translated from the Norwegian by Don Bartlett and Don Shaw, is also a romance of youth, filled with nostalgia and secrets, rage and violence. And, of course, transformations. Suddenly, for Finn, the story’s narrator and hero, things become “brighter,” eyes become “bluer.”

Though he is an emotionally rich, thoughtful and observant character, Finn still acts out like a mouthy, rambunctious nine-year old. He is cynical like Holden Caulfield, isolated like Oskar Schell, and as wildly impulsive as Huck Finn but with the internal reserve of Tom Sawyer. And he contains violence. To Jacobsen’s credit, the trait that shines brightest about Finn is his joyfulness. It is a pleasure to read about him swimming distances “immeasurable in metres or happiness,” or his climbing, fighting, and stealing views of a nude sunbather. This all takes place during “the most everlasting of all summers,” when Finn, on the outset, realizes “I was no child any more and yet I was, and I wanted to be neither, but someone else, again.”


Finn’s story happens to be a story about Norway, too – where wallpaper that would “in the course of the Sixties turn working-class Norwegian homes into minor tropical jungles” marks Finn and his mother (“those who have never had and never will have plans to acquire a bean,” as Finn says) apart from other, more successful families, at least at the beginning. By the book’s end—after the decade marking the construction of the Berlin Wall, the Kennedy administration, television and “most of all . . . the era of Yuri Gagarin” — Finn will have long hair and wear a revolutionary’s jacket, his mother will be in management, and they will have plastered “costly” wallpaper all over their home. They will become, like “everyone else in this country,” better off.

Child Wonder begins with that earlier time of Finn living alone, and happily, with his mother. His father—who has long since left the family, had another family, and died—is not even a memory for Finn, just an “invisible man,” another “cartoon character.” Finn’s world changes after his mother starts doing better, renovates their house, and brings in Linda, Finn’s half-sister from his father’s second marriage, and takes on a boarder, Kristian, who awkwardly assumes a fatherly role toward Finn. Together, they form a sort-of nuclear family — a damaged nuclear family. Jacobsen’s narrative unfolds to depict the following year, when each of the characters tries to navigate around each other and as Finn’s mother fights for custody of Linda, a struggle that ultimately proves to be the novel’s true tragedy.

Both Finn’s mother and Linda were abused. Linda was popped so full of pills by her last family that she is as animated as a stuffed toy when she first arrives, leading Kristian to ask Finn if she is “retarded.” Finn’s explosive reaction to Kristian’s insensitive remark leads to Kristian beating him. Finn hides the “burning secret” of the beating, a traumatic scar which “threatens to explode inside” him and further distances him from the family (even as the trauma shared by his mother and sister bonds them in a way Finn can’t understand). Soon, Finn lashes out—at teachers, at his mother, at Linda, at classmates, even getting into a fight with younger boy picking on Linda, nearly killing him. (For the most part, the violence in the novel is understated, referenced to but never directly presented. We are left, like Finn, to brood and surmise.) In Child Wonder, to grow up is to know new burdens.

At the novel’s end, the story jumps to Finn’s teenage years, long after the battle to keep Linda has concluded and long after his mother has moved up in the world. Finn receives a letter from his sister that spurs him to make sense of what was really happening when he was a boy, to question the reasons behind their consequential actions, and to confront himself. Is he a good person? By scrupulously depicting the “wear and tear” of Finn’s young life, Jacobsen brings Finn and us to a kind of answer.