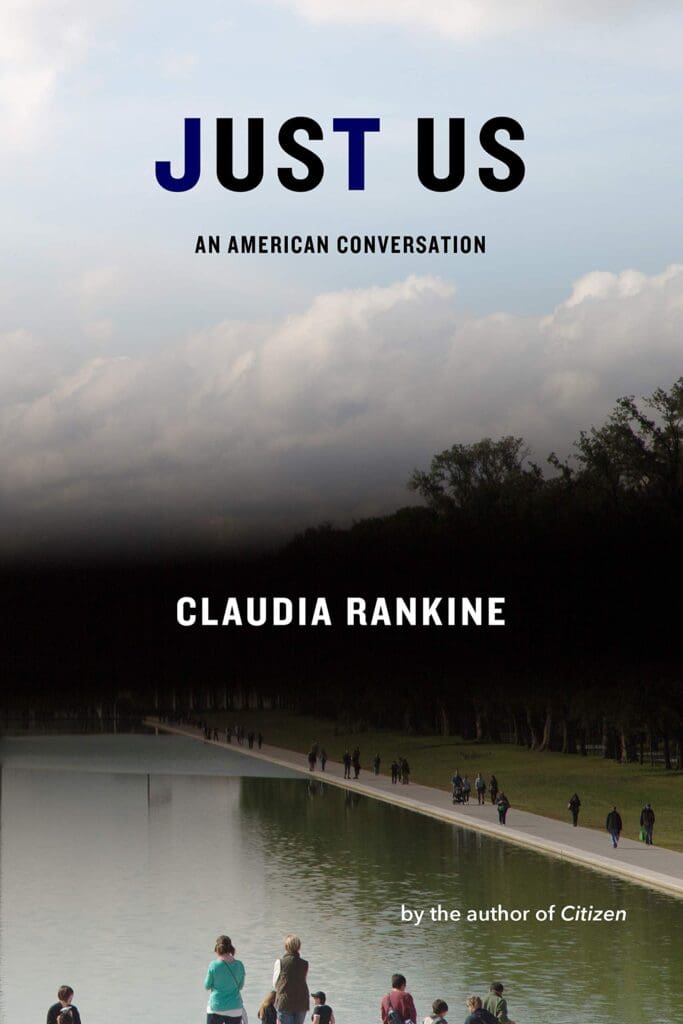 The title of Claudia Rankine’s new collection of essays, Just Us: An American Conversation (352 pages; Graywolf Press), alludes to a Richard Pryor quote from a 1979 stand-up routine about the criminal justice system: “You go down there looking for justice, that’s what you find, just us.” The quote is just as potent now as it was then, with mass incarceration making prisons disproportionately Black, and relevant to Rankine’s stance as she confronts white silence and privilege. But the title also evokes community, a sense of a unified “us,” as well as the more private “us” that exists when we […]

April feels as though it’s come in gone in a flash (though we did make appearances at the Orcas Island Literary Festival and the Los Angeles Times Festival of Books), but we’re taking time out to share what ZYZZYVA recommends this month—a roundup of the works we’ve been reading, watching, and listening to: Josh Korwin, Graphic Designer: “If you didn’t have the physical remains of the past, the question would be whether it existed.” 2018’s 306 Hollywood (directed by Elan & Jonathan Bogarín), billed as a “magical realist documentary,” is otherworldly, yet perfectly ordinary. On the surface, the film revolves around the life and […]

Claudia Rankine’s Citizen: An American Lyric (160 pages; Graywolf) explores the subtleties of racism and prejudice that seem all too prevalent in an oft-claimed post-racial United States. Rankine delves into the macrosociology of racism by examining prejudice in sports, economics, and pop-culture, and melds her pinpoint analysis with individual experiences of alienation and otherness at restaurant tables, front porches, and boardrooms. Citizen observes racism from a myriad of angles, employing a clever and effective combination of second person perspective with the speaker’s internal monologue, and fusing various lyric and reportorial forms with classic painting and contemporary multimedia art. In constructing […]