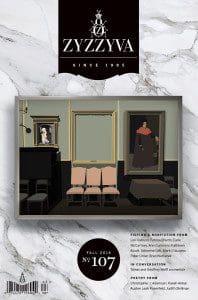 It’s hard to think of a pair of writer-siblings as celebrated, or as prolific, as Geoffrey and Tobias Wolff. Between them, they’ve written nineteen books, including novels, short-story and essay collections, and a travel narrative. But it was their acclaimed memoirs Geoffrey’s The Duke of Deception (1979) and Tobias’s This Boy’s Life (1989)—that first earned them wide readerships. The brothers’ parents split up when Geoffrey was twelve and Tobias was five, and they grew up separately: Geoffrey with their father and Tobias with their mother. The memoirs deal with their unusual childhoods, from perspectives that overlap only occasionally—the brothers did not really get to know each other until they were young adults. Over their careers, both have won numerous accolades and have risen to positions of prominence in academia—Geoffrey as the director of the graduate writing program at the University of California at Irvine, Tobias as professor of English at Stanford University. I am one of only a few writers lucky enough to have studied with both Wolffs. In 2012, I invited them to the Center for Literary Arts at San Jose State University for a public conversation about memory, family, and the precarious art of writing one’s own life.