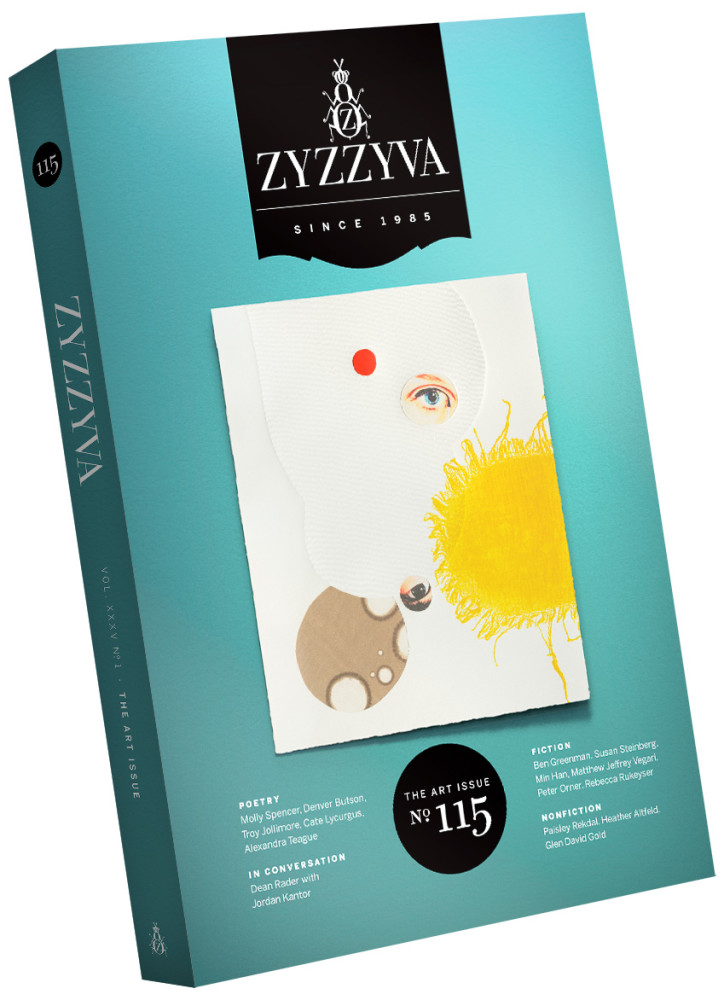 Nonfiction
Sallie Tisdale on touring the antiquities of Rome, Glen David Gold on tracking down a Gorey original, Heather Altfeld on the enduring gaze of John Berger, Paisley Rekdal on erasure and Paul Klee.

Fiction
Ben Greenman’s “Polyptych” (a divorced man and a painting that must be observed just so), Toni Martin’s “Director’s Cut” (a woman’s life as reconfigured through a foreign filmmaker’s sensibilities), and Peter Orner’s “Pacific” (an elderly couple—a sculptor and a potter—and the very end of things).

In Conversation
Dean Rader and Jordan Kantor on the visuals of poems and the textual of artwork.

Further Stories & Poetry
Rebecca Rukeyser’s “Pirates and Cowboys,” and Susan Steinberg’s “Machines” (“Parts of my brother’s brain, these days, don’t connect with other parts of his brain.”), poems by John Freeman, Molly Spencer, and Cate Lycurgus, and debut fiction from Min Han and Matthew Jeffrey Vegari.