At the beginning of George Dyson’s latest book, Analogia, he describes how, in 1716, Gottfried Wilhelm Leibniz hoped his calculus ratiocinator (an instrument that brilliantly anticipated digital computing) would “work out, by an infallible calculus, the doctrines most useful for life.” With this device, Leibniz imagined, “The human race will have a new kind of instrument which will increase the power of the mind much more than optical lenses strengthen the eyes.”

I am struck by the analogy and how well it lends itself to piercing Leibniz’s optimism; for just as vision is not, in itself, perception, information (or data) is not knowledge.

Certainly, we know that now. As we mark over a year into the COVID-19 pandemic and 500,000 Americans dead from the disease, it’s hard to imagine a more stark or poignant demonstration of the bifurcation technology has wrought in 21st century life: astonishing advances, and, simultaneously, devastating damage.

We marvel at how swiftly multiple vaccines have been developed, but despair at the lethal silos of misinformation that have gripped so many. Human ingenuity for molding our environs is incomparable in the natural world. But we’re too often blind to what we’re actually creating. Computing technology is not the first means by which humanity has imagined and then built a system that we later feel trapped within: we’ve done this with religious and economic systems, too.

Perhaps the defining distinction of our current predicament is that we’re immersed in media bent on increasing engagement, where algorithms tailor a narrative to each of us. Like others, I often wonder how long or how well democracies can function upon a rapidly eroding foundation of shared reality.

Could Leibniz have imagined that exponentially more powerful computing instruments than the one he’d devised would undermine our ability to reach consensus on the basic facts of what is, let alone how best to deal with those facts?

The work gathered here reflects how ill at ease we are within our own constructions, but also reminds us of the essential synergy between art and science—how important literature is, as a critical challenge to technology’s momentum, as a creative force driving innovation, and, sometimes, as a conscience. Literature brings both historical context and imagination to the conversation. Without these, our vision, however sharp, lacks perspective, lacks essential information. Without these, increasing the “power of the mind” may lead to madness.

Here in San Francisco, the term “tech” is pervasive, and together with a cloud of associations, seems to have overshadowed its roots. Let’s not reduce “technology” to “tech.” Let’s revive the presence of both techne (art, craft, skill) and logos (the word) in our engagement with technology.

Our relationship to it shouldn’t be reduced to either constant anxiety or weary resignation to a world of relentless growth hacking.

True technological innovation still occurs—it is more than social media and delivery apps—and it remains an extraordinary expression of human ingenuity. But innovations could also be increasingly risky gambits, in that we are creating systems we may ultimately be unable to control. With all that is at stake, we must keep a poetic, philosophical, and literary gaze on such enormous power and potential.

Order your copy of the Technology Issue today. 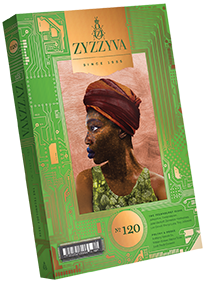 “The Technology Issue: Letter from the Editor” by Laura Cogan was published in ZYZZYVA No. 120. Purchase the back issue in our shop.