When my best friend read Charles Burns’s graphic novel Black Hole at age eleven, her parents assumed it was a harmless comic book. They were sorely mistaken, and, in her own words, Black Hole messed her up. How bad could it be,? I thought, flipping through the weighty twelve-issue collection. Black Hole is set in Seattle during the mid-1970s, when a horrific STD plagues a small suburb. Only teenagers can contract “the bug,” and like the AIDS epidemic, the town is initially unsure of how it spreads. The disease manifests itself in a variety of disturbing ways. Adolescence is already a bizarre time in anyone’s life, but then Burns throws strange physical mutations and heavy recreational drug use into the mix. The point of view changes from issue to issue: sometimes you are in Chris’s mind, whose skin starts to molt off her body like a snake’s after she has sex for the first time. Then we follow Keith, who is falling for Eliza, a struggling artist with a tail and roommate troubles. There is no shortage of nudity, and these are sex scenes like no other. Burn turns on a dime from creepiness to sexiness, and there are moments when both of those feeling are evoked simultaneously, like when Chris’s first time happens in a cemetery. There is yet another layer of eeriness as things get violent. The infected become pariahs, some living in tents in an area of the woods called “the pit.” In this state of alienation and teenage angst, the outcasts turn to alcohol, drugs, and even to murder. There are moments where you are floating in the black hole, trying to discern whether a scene is a nightmare, a bad trip, or reality. Several of the characters are in an altered state of mind more often than they are sober, and this hallucinogenic quality is reflected in the panels. The pictures are beautifully unnerving, a rich blackness you feel you could fall into. But whether you are unsuspecting middle-schooler or a faint-hearted adult, Black Hole will mess you up.—Devan Brettkelly

There’s horror, and then there’s horror. Svetlana Alexievich’s Voices from Chernobyl: The Oral History of a Nuclear Disaster, for example, is horrific because its subject is real. These pitiless things happened, these gruesome deaths occurred, and that they did strongly suggests your life skates upon an icy crust of unwarranted optimism and dumb luck—and beneath, a light-swallowing abyss swirls. It relates a horror that heaps contempt upon the most brazen torture-porn, dare-you-to-watch movie. That’s what you came up with as being the worst thing that could happen to somebody? You know nothing. You’re a child. Which is not to say the other kind of horror, horror as genre, can’t truly rattle. Though it’s been decades since I read it, Stephen King’s Pet Sematary remains with me. Why? Not because of its conceit of a burial ground that brings back the dead (Oooooo, scary stuff! as Count Floyd might have said), but because of how King evokes the all-too-possible terror of losing your small child, of being utterly hollowed by grief and by guilt. The novel, of course, is an engrossing read, and we are indeed deliciously frightened by the consequences of trying to bring back the dead. But that’s not even its point. The point is to stand next to that wretched stretch of highway running by that house, shoulder to shoulder with the devastated protagonist, and recognize that the abyss lurks everywhere; it’s moving beneath your feet even as you read this.—Oscar Villalon 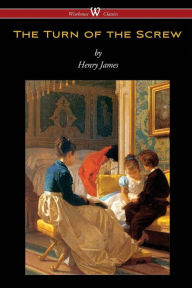 Horror icon H.P. Lovecraft once delivered a central theory on the genre: “The oldest and strongest emotion of mankind is fear, and the oldest and strongest kind of fear is fear of the unknown.” Even after decades of psychoanalysis, there’s arguably no territory more uncharted, more unknown than the human mind. It’s an area Henry James explored brilliantly in his 1898 novella, The Turn of the Screw, a tale of solipsistic horror that consistently calls into question the reliability of its narrator. As the new governess at an Essex country-house tends to her two youthful charges Flora and Miles, she encounters ghostly apparitions of the children’s previous caretakers, with James generating suspense from the possible spoiling of Flora and Miles’ Victorian-era innocence—while at the same time subverting that supposed purity through their otherworldly behavior. Over a hundred years later, The Turn of the Screw remains essential horror reading. —Zack Ravas