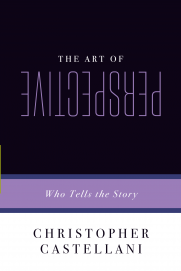 When readers think of Vladimir Nabokov’s classic novel Lolita, they’re arguably more likely to recall the silver-tongued wordplay of its narrator, Humbert Humbert, than they are of the machinations of the plot, the character’s verbal gymnastics intended to distract from the horrors of his crimes. As Humbert declares, “You can always count on a murderer for a fancy prose style.” One of William Faulkner’s most revered novels, Light in August, utilizes a complex, impressionistic style, even to the point of incorporating made up words like “sootbleakened” and “childtrebling,” to underscore the psychological complexity of its potentially unsympathetic lead, Joe Christmas. Tim O’Brien’s book The Things They Carried is a Vietnam account that constantly casts doubt on its own veracity, its narrator interrogating just what it means to tell a “true” war story.

All of these works prove why who is telling a story is often just as crucial as the story itself, if not more so. As novelist Christopher Castellani states, “There is no more important decision the writer makes than who tells the story.” Castellani is the author of The Art of Perspective: Who Tells the Story (160 pages), the latest in a collection of books about the craft of writing published by Graywolf Press. While the series may be of most interest to writers, Castellani discusses fiction in such an accessible and engaging manner that the book should prove compelling to anyone who is curious about why some of their favorite novels work the way they do.


Early in his book, Castellani puts forth the thesis that “stories filled with great images and intense emotions are, at this moment, falling flat all over the world.” The difference between the stories that land with impact and those that fizzle out, he suggests, lays with the narrative technique an author employs. The purpose of The Art of Perspective is to hone in on a few exemplary texts—including Loorie Moore’s short story collection Like Life and Salih Tayeb’s novel Season of Migration to the North—and examine the writer’s narrative strategy; for instance, whether the author opted for a first-person perspective or a more impartial third-person voice, as well as why the writer may have arrived at this decision.

Zoe Heller’s What Was She Thinking?, which served as the basis for the Academy Award-nominated film Notes on a Scandal, affords Castellani the opportunity to discuss both the vulnerability of the first-person narrative style (“We demand more from their voices—more humor, more style, more insight,” he argues), as well as the notion of the unreliable narrator, a concept that rose to popularity during the 20th century thanks to novel’s such as the aforementioned Lolita. Castellani tackles what it means when a reader feels as though he or she can’t trust the very person who’s relaying the story to them, and how oftentimes “that transgressive pleasure keeps us rooting for them.”

While Castellani’s examples tend toward widely read works of literature published within the last hundred year, he does spend the first chapter of the book exploring two novels by E.M. Forster, who these days is not discussed much outside of the realm of academia and may be foreign to casual readers. He eloquently makes the case why a novel like Howards End still has much to teach us about the art of fiction, including the way Forster’s style has the ability to eclipse “the psychic distance between reader and character.”

From there, Castellani moves into more familiar territory, analyzing the work of short story author Grace Paley and how her sparse, carefully chosen words suggest but never fully reveal the interior lives of her characters. (One short story opens: “My husband gave me a broom one Christmas. This wasn’t right. No one can tell me this was meant kindly.”) Later, in a chapter titled “The Position of Power,” Castellani investigates the narrative-as-mosaic strategy of playwright Tony Kushner in his influential work Angels in America. “Kushner,” he writes, “wants his characters to say something about the American experiment, politics, history, and religion. Such a project requires not only a bigger canvas…but also, in this case, multiple storytellers.”

In the closing section of The Art of Perspective, Castellani openly acknowledges he hasn’t offered much in the way of writing advice. Rather, his goal “has been to ask questions of the narrator…through the lens of craft” and “to reconstruct the process writers go through when the first glimmer of a story appears in our heads.” Castellani’s lucid exploration into the mechanics of narrative means The Art of Perspective is a pleasure to read for anyone curious why the stories we love move us the way they do; why so often it is not the sequence of events or some happening of the plot that compels us to turn the page, but a voice—be it forthright or deceptive—at the heart of the story. “If there are such things as answers or secrets when it comes to how to tell good stories,” Castellani observes, “they have been told to us by the narrators of the novels and stories that have changed us.”