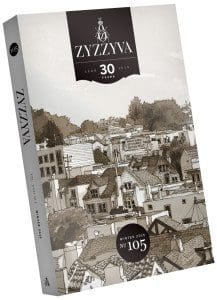 The bathtub, when we found it, lay upside down on the creek bank, sunk in blackberry brambles. Its four clawed feet pointed skyward, and the cast iron exterior looked badly rusted. Curtis stood at the top of the bank and surveyed the scene. You had to know the man to understand he was pleased.With his stooped posture and immense hands hanging at his sides, he looked morose even when he wasn’t.

The boyfriend was euphoric. We’d located the tub without much trouble, after all. He peered into the shade at the water’s edge. “Right there, just like you said, Curtis. Gonna be tough one to haul out, though. Right?”

The old man said nothing, but cocked a grizzled eyebrow in the direction of the Forest Service road. Silently, returning the way we’d come, he went to fetch his truck. We were at a bend on lower Eddy Creek. The air felt baked, piney, and in the heat, the bark on the Jeffery pines gave off the scent of vanilla.


Maybe, I thought. I’d been skeptical about the tub from the start, doubtful as to what we’d find. Who would go to the trouble to haul a perfectly good cast iron tub so far out of town?

Curtis returned with the truck and parked it at the edge of the brambles. Before coming to Siskiyou County, I’d never heard of a winch. The mechanized spool was most often used for hauling trucks out of the mud or skidding fallen trees to open ground for debranching and sectioning. Like the sound of shotgun fire in October, the plaintive whine of a winch motor had become familiar in the cycling seasons of rural life.

With a length of chain in one hand and the winch cable in the other, Curtis made his way down the bank and through the brambles to the tub, the line unspooling as he went. In methodical fashion, he wrapped the chain around the tub’s front legs, and ran the winch shackle through. Once bolted, he gave the line a tug. Satisfied, he trudged back up the creek bank and instructed the boyfriend to stay with the tub and watch the line didn’t get caught.

Righting the knitted cap on his head, the boyfriend hopped into the brambles. The cap was his trademark—being red-haired and freckled, he wore it year-round—and the quirk gave him a kind of ungainly charm. I would certainly miss him, I thought, when the time came to go. It was the red hair that had first won me over—that, along with tales of surfing in Oceanside and his grueling swing shifts at the furnace factory. He had a kind of infectious charm and an unwaveringly simple approach to life—even when we argued, there was something appealing in the vehement way he sped off on his Honda 250. But would I miss him, really? Beyond the project of our house-building, we had little in common. I never spoke to him of my own history, of the fire, my father’s departure, and the events that led me here. Yet the boyfriend talked freely of his history, his devout Christian upbringing and stark ’50s-era childhood. And when he did, it was not out of disillusionment, but nostalgia, and at those times, I knew we had no future. This duplicitous thinking made me realize there were things I wanted to do. Live in San Francisco. Get my degree. Things that had nothing to do with homebuilding or any sort of Foxfire-related self-sufficiency. In fact, I thought, I wanted to be dependent on a system, and had no interest in candle- or soap- or quilt-making, or a life constructed around seasons and weather.

“Stay clear,” Curtis called from the truck, and with the engine running, he switched on the winch motor. At the base of the creek bank, the line strained, and as the tub began to rock, greenery shuddered and vines snapped.

Earlier, as we walked along the dirt road, Curtis mentioned a wife and a house in Mt. Shasta City. He rarely revealed personal details, though at learning he lived in Mt. Shasta, I felt a twinge of envy. The town lay fifteen miles to the south, in rural terms hardly a distance worth mentioning, yet by contrast it was a metropolis—the site of the local hospital and ski shop, along with a health food grocery, vegetarian restaurant, and natural clothing store. In recent years, the town attracted a number of free-thinking entrepreneurs, college-educated progressives who’d embraced the Foxfire aesthetic and parlayed it into retail concerns of candle-making, leather tooling, and the like. Many were drawn to the area by Mount Shasta itself, to the surrounding body of myth and legend passed down from Native Klamath and non-native cultures.

Among the outsider legends, the most prevalent was that of Lemuria, a mythical colony said to be populated by a race of godlike super-beings. The Lemurian chronicle, based on writings of nineteenth century mystics, told of the white-robed survivors of a lost continent, travelers who’d crossed time and space to inhabit the interior of Mount Shasta. I was amazed by how earnestly repeated the story was, and each time I heard it, found it difficult not to smirk. But I wasn’t about to disparage the mystical notions of Mt. Shasta City’s hip entrepreneurs. The natural clothing shop was one of the few places where I could occasionally spend a portion of my hard-earned wages.

From inside Curtis’s truck, the winch motor whined, and the wire on the drum slowly commenced to turn. Wrested free of the overgrowth, like a strange iron-clad mollusk the tub lurched upward. The boyfriend guided the line, and the tub came to rest at a level spot on the road. Curtis cut the engine, and together he and the boyfriend heaved the tub upright. The interior, dappled with shade and sunlight, was pristine, white, unmarred.

“Ha!” The boyfriend clapped Curtis on the back.“We lucked out, huh?” 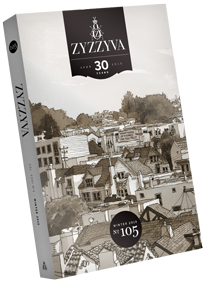