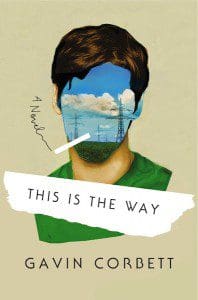 Over the past few years, thanks in part to a TLC reality show, many of us have become fascinated with Irish Travellers, a group of unsettled people that moves about Ireland in caravans. For the most part, Travellers are a secretive culture, wary of outsiders, and in turn are viewed with a certain amount of disdain by “settled” people. In his second novel, This Is The Way (Faber and Faber; 230 pages), Irish writer Gavin Corbett explores the trials and tribulations of an Irish Traveller in an increasingly rooted world.

Anthony Sonaghan fears a rekindled feud between the two halves of his Traveller family, the Gillaroos and the Sonaghans. It’s a war so ancient and ingrained between the two families that there are myths about how the feud was started. Scared of getting caught up in the violence to come, Anthony hides out in a bustling tenement house in Dublin, away from his people. One day, the dullness of his life in hiding is upset by the appearance of his Uncle Arthur, who shows up with his hand heavily bandaged, missing a toe and obviously on the run. While taking care of the impish Arthur, Anthony is forced to face the past along with the troubles it presents and the questions it raises about his future.


Corbett’s greatest accomplishment and his novel’s true strength is the voice of Anthony. Nothing he says or does feels untrue, and one could easily imagine him wandering the streets of Dublin and the countryside of Ireland. He is an original, strong, and imaginative protagonist; equal parts beautiful and jolting, he captures the reader’s attention from the first sentence and holds it throughout the work. Through Anthony, Corbett is able to explore the difficulties of a man who grew up a Traveller trying to assimilate into an average life, all while coping with his warring family.

It is because of the strength of Anthony’s voice that it’s possible to forgive Corbett for leaving us at the end with little or no explanation about intriguing episodes of Anthony’s history, such as the death of his brother Aaron and about where the brothers’ mother and sister went after they left Anthony and Aaron with their father. The author’s reasons for doing so, though, are completely understandable and commendable. As Anthony is telling the story, it makes sense the narrator would gloss over these unpleasant memories, only mentioning them in passing.

Corbett’s commitment to Anthony’s voice also means the story doesn’t unfold chronologically. Rather, we’re guided by Anthony’s jittery thoughts, jumping from living with Arthur in Dublin, to the summer before he left his father’s house, to the old myths of the Sonaghans and the Gillaroos. This can make the plot hard to follow, but in the end, whatever little frustrations and confusions that crop up are easily overlooked. Corbett has crafted an amazing storyteller in Anthony and rewards the reader for sticking with him.