When Donald Trump announced his campaign for the Republican presidential nomination last June, the whole production had a farcical air. The surreal sight of his too-long descent down an escalator, magnified by the hired actors awkwardly cheering him on the entire way, elicited ridicule. His baldly racist nativism was beyond the pale even for dog-whistle Republican politics, and immediately earned him the ire of the GOP establishment. His speech, generally incoherent even as it gave voice to legitimate grievances, didn’t do him any favors; if he couldn’t even articulate a platform, how was he going to run a serious campaign? Pundits laughed at the suggestion that Trump might win the nomination, and media organizations such as CNN were content to exploit his campaign for ratings. In short, Trump’s candidacy seemed dead on arrival.

But his triumph over Republican rivals tells us that if Trump’s campaign is absurd, then there’s something equally absurd about our current moment. It’s difficult to know what to make of an election season where political institutions are failing and all of presidential politics’ truisms are inadequate to understanding our nation.

So what to make of all this? ZYZZYVA’s Dark Days Syllabus looks to fiction, history, economic theory, and other sources to make sense of Trump’s prominence (despite his declining poll numbers). While these readings range from the allegorical to the historical, they all examine the cultural and political forces latent in American society that combined to make Trump’s nomination possible. Also, feel free to suggest a title you’d like to see included in our syllabus in the comments section. 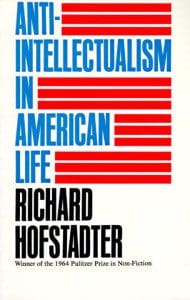 If we hope to understand what is happening in the world around us, we require more than knowledge of current events; we require, too, historical context, and then a leap of imagination. For the former, I’ve recently returned to Richard Hofstadter’s Anti-Intellectualism in American Life; for the latter, Philip Roth’s novel The Plot Against America. If Hofstadter could write a present-day sequel, what might he say? Certainly there is much to be said about how anti-intellectualism has been wielded as a political tool in our current era. I suspect, wearily, that there may also be something to be said about the compounding effects of the Internet age, how it is now easier than ever to sequester oneself among only like-minded opinions, well insulated from facts that do not suit us. And with Roth’s Plot in mind, I suggest that imagination is vital, too, because when we say, in a casual way, “history repeats itself” we do not mean that it does so precisely, identically. What we might mean is that certain themes endure, though periodically rearranged in unfamiliar forms. To perceive fascism, nativism, and anti-Semitism as they manifest in the present day we must be well enough versed in history to remember that these ages-old tendencies take different form each time they erupt; and to perceive them as they flourish in previously unseen forms requires, too, an imagination alert to possibilities (the possibility, for example, that our institutions may break down and fail us to an unprecedented extent, and that, if we are not vigilant, we may succumb again to our worst impulses). Lastly: if the presidential debates do, in fact, happen, I’ll brace myself for a deluge of misogyny with Rebecca Solnit’s Men Explain Things to Me, which I am often tempted to carry with me like an amulet, or to distribute as a helpful parting gift after particularly trying meetings. —Laura Cogan 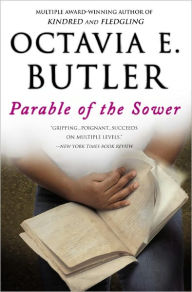 It’s impossible to understand the eruption of nativist racism in this election cycle without thinking about its relationship to our increasingly stratified economy. As Barbara and Karen Fields argue in their study of American race relations, Racecraft: The Soul of Inequality in American Life, American racial and class inequalities have defined one another since our democracy’s earliest days. This isn’t to suggest that racism is a function of economic inequality, but that racism is often one of the insufficient vocabularies in which American express economic suffering. Racecraft suggests that part of what makes the white working class so vulnerable to Trump’s demagoguery is the lack of a language to talk about poverty, inequality, and the erosion of the middle class. Resisting the intolerance that Trump represents means crafting a better language in which to diagnose and address these processes. David Harvey’s A Brief History of Neoliberalism is an accessible—but still rigorous—text that puts a name to the ideology that powers globalization. In the process, Harvey helps us imagine what a better political vocabulary might look like. While political vocabularies are necessary, Octavia Butler’s Parable of the Sower and Parable of the Talents show us we also need personal vocabularies so we can better understand each other’s subject positions. Butler’s novels are prophetic allegories of life in a resource-scarce American future. Set in Los Angeles, the Parable novels center on Lauren Olamina, a woman burdened with an ability called “hyperempathy”—the ability to feel others’ pain as if it were her own. While Butler tackles the issues of white supremacy, misogyny, and exploitative capitalism that climax in a post-apocalyptic America, her real concern is the novel’s empathic protagonist. Lauren turns her burden into the foundation for a religious community based in empathy; in doing so, she lets us imagine what a society organized according to human need might look like. —Ismail Muhammad 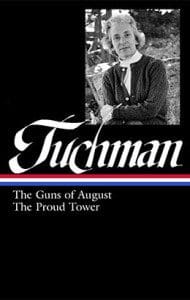 Several works immediately come to mind: Robert Caro’s four-volume (and counting) LBJ biography, The Years of Lyndon Johnson, and Barbara Tuchman’s The Guns of August and The Proud Tower (both of her books are conveniently packaged in a single Library of America volume, should you be interested). Why the Caro? Because I can’t think of a better written, extensively reported work of nonfiction that shows you exactly how the sausage got made when it came to 20th century American politics. How do ruthless ambition and public service co-exist? How did a reactionary minority manage to control the U.S. Senate? How can altruism and decency checkmate corruption and duplicity? These all-too-relevant questions are addressed at length. And Tuchman? Her rightly lauded books—a history on World War I, and an essay collection on the U.S. and Europe in the decades leading up to that war—show us just how compromised civil society can be. We witness the discontent raging through various nations during the supposed Belle Epoque, knowing the abyss awaits them. You read her books these fifty-odd years later and are frozen by descriptions and insights bearing an uncomfortable relevance to our current predicaments. Lastly, Robert Penn Warren’s 1946 novel All the King’s Men. Ostensibly about the populist Huey Long, it lays bare (among many other things) how just about no one—and certainly not a governor nor a senator nor even a beloved judge—gets through this life without some mud on his or her hands. The novel ties in beautifully with the dualities and contradictions Caro explores, I think, and its story captures a fact of life we are seemingly incapable of understanding outside of a simplistic binary (immaculate-equals-good, blemish-equals-evil), which may be partly the reason we cannot effectively mitigate this difficult truth: Power corrupts. —Oscar Villalon 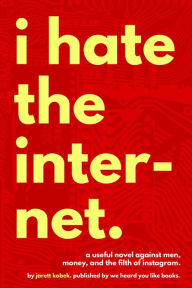 In 1968, English author J.G. Ballard managed to predict the cult of celebrity that would develop and perhaps dominate in American politics over the ensuing decades with his ‘cut-up’ novel The Atrocity Exhibition. One of the most fascinating portions of the book remains a late section titled “Why I Want to Fuck Ronald Reagan,” a short piece presented as a log of scientific experiments intended to test the psychosexual appeal of then-Governor Ronald Reagan as a Presidential candidate. Examples: “Powerful erotic fantasies of an anal-sadistic character surrounded the image of the Presidential contender.” In a bizarre turn of events, a group of avant-garde artists and social revolutionaries distributed the pamphlet at the 1980 Republican National Convention in Detroit; despite its provocative nature, many of the RNC delegates took the piece at face value—particularly since it was stamped with a stolen Republican Party seal—and felt the data offered scientific proof of Ronald Reagan’s immense subliminal appeal. Dennis Cooper’s Period, the closing volume of his five-novel George Miles Cycle, explores the apocalypse on a personal scale. A slender tome at a mere 109 pages, Period depicts a backwoods nation of Satanic rock bands, underground Internet message boards, and death-obsessed teenagers. Considering the bile that pours forth from many Trump rally attendees, Cooper’s bleak vision of Red State America rings even more frighteningly true in 2016 than it did upon publication almost twenty years ago. Jarett Kobeck’s 2016 book I Hate the Internet is the rare novel that attempts to capture the zeitgeist and pulls it off with aplomb. Kobeck slings some well-deserved arrows in the direction of social media giants like Twitter, overvalued tech startups, and astronomical rent prices, but at the heart of the novel is the eye-opening notion that—much in the same way the postwar comic book industry built its empire by ensuring writers and artists had no legal ownership of their own creations—we are a culture of users happily providing free content and generating revenue for the companies who own the digital landscape. We may not be students of history but our media masters certainly are. —Zack Ravas

2 thoughts on “A Reading List for These Dark Times”