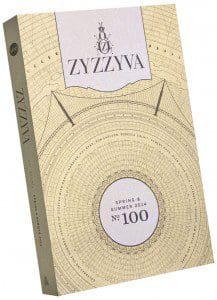 For a long time, the town killer didn’t kill. It touched you to see him try so hard. After all, it was you he was doing it for. You could tell he missed it, deep down. But he hung in there, as best he could, right up until the very end.

“I could love a reformed killer,” you told him on your third date. “But not one that’s actively practicing.” You were sitting on the back patio of the vegan restaurant he’d suggested. The air outside was springy and cool. Twinkle lights had been lovingly strung through an olive tree that grew in the center of the courtyard and branched out above you.

The evening, just like the first two you’d spent together, had been nearly perfect. The killer was well mannered, thoughtful, and fun to be with. It had been years since you’d had a really good date. And here were three. Right in a row. Perfect up until the moment when he told you what he did for a living.

Now when the killer reached across the table for your hand you yanked it back automatically. “I’m sorry,” he said, slumping down. “I should have told you sooner, but it’s not an easy conversation to initiate.” He stared at his plate where all that was left of the vegetable tagine he’d ordered was a steaming lump of kale. “I just like you so much.”

“Look,” you said, softening. “I like you too. A lot. But you have to quit killing if we’re going to see each other again.”

It was true. Seven years of killing in the same mid-sized college town and the man had never been caught or even brought in for questioning. On the drive to the restaurant on your first date, he’d bragged that he’d never gotten so much as a speeding ticket. He obviously had a weird sort of gift. Of course, the fact that he was handsome probably didn’t hurt. The killer had beautifully behaved hair, a real movie star jaw, and eyes that said trust me. This wasn’t a guy who would have had to do much convincing when it came to getting girls in his car. They probably flagged him down from the roadside. They probably begged him to let them in.

A dreadlocked waitress came and cleared your plates. You shrugged and dragged a shaky finger around the rim of your wine glass. “Everyone has their line in the sand,” you said. “I guess this is mine.”


The killer nodded solemnly. Then the waitress came back with the check and stood there blinking like a lighthouse until the killer handed her a credit card.

You left the restaurant that night feeling depressed. The first three dates had been so promising and though it was still new, the weight of this loss felt disproportionately large when measured against all your other failed romances. It was hard to meet a nice guy, you reasoned. And you had been lonely for so long. You hadn’t been lying when you’d said it. You did like him.

You didn’t expect to see the killer again after that, but apparently he’d been lonely too, because the next night he turned up at your front door, holding a gun.

“Are you going to kill me?” you asked.

“What?” he said, confused. You stared at the gun he was pointing at you. “Oh!” he said, realizing. “Noooo.” He laughed his big handsome guy laugh. The killer took your hand, and lay the gun downon it as though onto a silver tray. “I’m turning this in to you,” he said. The gesture felt so large, you half expected him to kneel down in front of you. The gun was cold and heavy atop your outstretched palm. Your wrist shook a little underneath it. “No more killing,” the killer said. He crossed his heart boy-scout style and kissed you deeply. That kiss! It was like finding a secret window in your childhood home. It felt new and old at the same time.

The gun was just a symbol of his promise, of course. The next day the killer brought over a whole bag of stuff—seven kinds of knives, climbing rope, crowbars, and a carton of Marlboro Reds.

You held up the box of cigarettes. “You smoke?”

“Not anymore,” he said, pulling you close. When he kissed you for the second time, you noticed that his breath was full of a clean, minty kind of hope.

The first time you made love to the killer you were surprised. He didn’t slap you or try to choke you out or even pull your hair. In fact, he was downright gentle. When he came, the dark pupils of his eyes widened and dampened with so much emotion you had to look away.

“It wasn’t what I was expecting,” you confided to him after. You were lying in bed, naked.

Your killer laughed and kissed the top of your head. “That’s what I do,” he said. “Not who I am.”

“Not anymore,” you corrected him.

“That’s right,” he said, spooning you. “Not anymore.” You lay that way for a long time, curled into each other like two organs, while the moon crawled quietly up your bedspread. You fell asleep and dreamed you were wading into an ocean of spaghetti.

In addition to being a killer, the killer also turned out to be a gourmet cook and a strict vegetarian. He made you elaborately healthy meals every night—ricotta-stuffed squash blossoms with an heirloom bean cassoulet, spiced quinoa timbales on a bed of braised greens. You lost weight on this new diet and your chin acne finally cleared up. If you were always a little hungry, it didn’t matter. You felt like a Halloween pumpkin, scooped clean and lit up from the inside.

One night, over a brown rice stir fry, the killer told you of his plans to build a pair of raised beds in your backyard. “I want to plant an organic vegetable garden out there,” he said. “So we can eat the food we grow.”

The killer was like this. Unafraid of the future. He said the words “we will” at least once a day.You had been with other kinds of men before. The kind who tell you that your eyes are like two pictures of Alaska but when you say let’s go to Paris next summer, all they can say is, “You should!”

No one had ever offered to build you a garden before. “That sounds nice,” you said, smiling into your rice bowl.