Tamsen Donner died in 1846, a member of the ill-fated Donner Party entrenched in the snow in the Sierra Nevadas. Thirty-six members of the party succumbed to starvation, exposure, or other afflictions. In the end, little is known of how Tamsen Donner actually died. She may or may not have been murdered by another member of the group. She may or may not have been cannibalized.

I write to you now because my mother is gone, because you were the reason for the trip to California, because of the king crab legs my mother ate at the Outback Steakhouse just north of Las Vegas, because of a pinecone.

Perhaps I should address you more formally, as you would have been accustomed to back in your century. Mrs. Donner. My dear Mrs. Donner. But I am tempted to call you Tammy, even Tam. Tami? Your full name, Tamozine, is not one we still use. It went out of vogue along with bleeding and leeching. Tamsen sounds more like the name of some queer woman in a song that old men whistled on their way to the outhouse—a song about a frozen woman who was missing her toes, perhaps because some hungry traveler ate them.

I took a road trip to visit your grave. My parents went, too, because my mother wanted to see San Francisco, and my father wanted to see Yosemite. I was doing some research for a novel I wanted to write, a fictionalized account of your story, and I wish I could say the trip was for you specifically, but the truth is that I wanted to take a road trip anywhere, to get away from the life I was living, a life that no longer felt like my own. Maybe you understand. It’s like there’s a river inside of you, a river that changes size and force at different points in your life, but all the time, deep down, you know what direction it runs—and you know that, at some point, you’ll jump in.

I’m sorry to say that the Donner party jokes abounded on our trip, from my mother and me in particular, because we like that kind of wittiness and because it was something to do between stops at Denny’s and IHOPs on the drive from Oklahoma to California. It’s not that we were particularly cruel—most people in my time would have done the same. Those jokes are just too easy. Cliche even. Honestly, and this may be the worst part, they’re not even funny anymore. I wonder about that—about how much time must pass before you can joke about tragedy. I can’t imagine ever joking about my mother.


Grief can eat a person up. OK, not funny, but see what I mean? The puns are hard to avoid.

I hope it brings some comfort that the winter you died is still the worst on record. They say that the snowdrifts were twenty feet high—about the same height as if the members of my family were to stand on the others’ shoulders. And they say that there were nine separate blizzards that year. I try to picture you in that cabin, counting things to pass the time: the number of eyelets on your boots, the stitches on the hem of your dress, the lines across your palms, the number of faces you remembered from your childhood.

Here’s another: Overheard at the site of the Donner Party: “What a great piece of ass!”

I tried to imagine the sleet whipping your face—stinging—that pins-and-needles feeling that affects your feet when you sit on the toilet too long or when your boots pinch your feet too tightly. That sensation is called paresthesia, but you wouldn’t have known that. I like to think you would have had a folksy word for it, a word that made it OK for you to talk about it, made it somehow more comfortable—a word like harkey bumps. I thought about these things as I sat by my living room window, watching the snow pile up around me during those Midwestern winters—the winter before the trip to California, when my husband was gone for work, and the winter after the trip, when I was living with another man.

Also overheard at the Donner party site: “Thanks for the mammaries.”

From the first day of the trip my father was a challenge. He’d had a bout of depression that year, and my mother had done her best to suffer through it with him, to get him off the medication that was causing the depression, and to see him through to better days. But she needed a break. She’d asked to come along with me on the trip—quite unlike her—but then my father wanted to come, too, and then it was the kind of thing where you tell yourself, “My parents aren’t getting any younger. I’ll be glad we did this together.” I was thirty-five. She was sixty-six.

My father talked about the Acoma Indians as we drove, and I thought he was mispronouncing Acoma but I didn’t want to correct him. I saw a sign for Winslow, Arizona, and mentioned the Eagles song. Neither of my parents responded. Eighty minutes later, when we actually passed through Winslow, Arizona, my father said, “Hey, Winslow, Arizona. That’s in an Eagles song.” Then my mother told him to turn up his hearing aid, but instead he began humming, There’s a girl, my lord, in a flatbed Ford.

My father wears the hearing aid because years of dentistry have left him hard of hearing with a ringing in his ears. He’s easily frustrated when he can’t hear something he wants to hear, but sometimes I think that he mostly likes the silence. When I was in kindergarten he had a midlife crisis, so we moved from Oklahoma to Oregon because it was supposed to be one of the safest states to live in in the event of a nuclear Holocaust. Unlike you, Tami, we didn’t have to trudge upmountain with oxen—we just rode out with my grandparents in a Ford conversion van, stayed one winter, then went back to Oklahoma. I am happy to report that all members of our party survived the trip, although we left our Golden Retriever, Sir Copper Fields Rogue, with a friend somewhere in Grants Pass, presumably safe from neutron clouds.

I know that your family took a lot of the blame for what happened, and I can commiserate only by saying that, on a much lesser scale, my family is also quite notorious for bad family trips. We once went to Ruidoso, New Mexico, for Christmas, and my father turned onto an uncleared road where our minivan got lodged in a snowbank in the median, stuck like a pig in a doggie door. We had to walk uphill to my uncle’s cabin, carrying our luggage, which for me included a suitcase and a Brother word processor (it was this thing that typed, after the old way of typing, but before the new way of typing). Anyway, by the time we got there, my fingers were numb—far past the harkey bumps stage. My mother instructed me to hold them under lukewarm water, but my father told me that I should put my hands under his armpits to warm them. As you know, areas that get the largest blood supply stay warmest—armpits, chest, genitals. I knew my father was probably right (again, as you know, things like that come instinctively in such times), but I told him I would rather die than stick my hands into his armpits. So instead I used my own armpits, and after a few hours my fingers were comfortably returned to the dexterity necessary to play Nintendo with my sister. (This would be the equivalent of knitting in your day.) That was when I was in high school.

What did one Donner say to another?

Can you give me a hand? 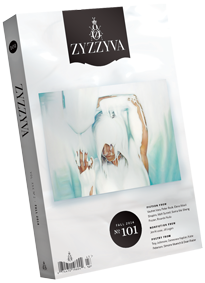 “‘A Daughter’s Letter to Tamsen Donner’: 2015 Best American Nonrequired Reading Notable, Issue No. 101” by was published in ZYZZYVA No. 101. Purchase the back issue in our shop.

One thought on “‘A Daughter’s Letter to Tamsen Donner’: 2015 Best American Nonrequired Reading Notable, Issue No. 101”