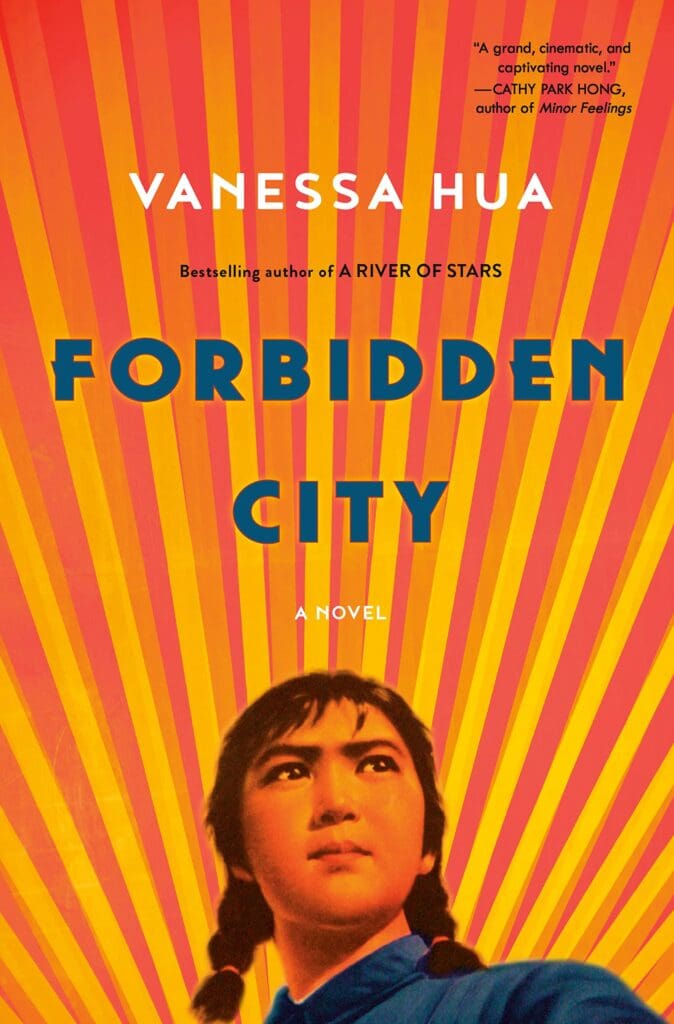 The Chairman is dead. Outside, the people of Chinatown are cheering. They light firecrackers and beat pots and pans, chanting as they march three floors below the window of my apartment. Their signs say, “Smash the Emperor!” Drips of paint spoil the sweep and curve of the calligraphy, the characters bleeding as if shot. Shouts

Leticia del Toro is a writer living in El Cerrito. Her short story “Piropo,” which was published in ZYZZYVA’s Spring 2011 issue, marks her first time in print. (Not counting the liner notes she’s written for Tex-Mex CDs from Arhoolie Records.) The story’s narrator, Carolina, is a woman asserting herself in a man’s world of manual labor. (She disguises her sex to get work). Meanwhile, she contends with Joaquin, the feckless father of her little boy back in Mexico, and navigates the unpredictable world of well-meaning Anglos. The following is an excerpt from “Piropo.”

On June 4, Leticia del Toro will be reading with D.A. Powell, Michael Jaime-Becerra, Peter Mountford and others as part of Babylon Salon in San Francisco.

Carl Adamshick, who lives in Portland, Ore., is the 2010 recipient of the Walt Whitman Award. His first poetry collection, Curses and Wishes (Louisiana State University Press), was just published in April. “Everything That Happens Can Be Called Aging” is one of his two poems in the Spring 2011 issue of ZYZZYVA.

The poem evokes the giddy moment when we realize how much we love our somewhat average existence, when we grasp how remarkable and vibrant our seemingly unremarkable lives really are.  “I need no resolution/just the constant turmoil of living,” says the speaker, who notes in the poem’s first line: “I have more love than ever.”

Pamela Rivas was born in San Francisco and grew up on the Peninsula. She is a bilingual educator for Santa Cruz County. “Son of the General,” which appears in the Spring 2011 issue of ZYZZYVA, is her first work of fiction in print. Her tight, concise story was inspired by her family’s first trip to Central America. Something like a prose poem, Rivas’s fiction here delineates a legacy of societal brutality, a legacy that dovetails with the well-deep, universal anxiety of parenthood — how to protect one’s children.

Kate Martin Rowe is a writing instructor at Glendale Community College and Los Angeles City College. She’s also a published poet. Her poem “On Entering 2nd Grade” appears in the Spring 2011 issue of ZYZZYVA. A benediction of sorts for a child who can’t possibly see coming what the poem clearly can — the rest of her life — “On Entering 2nd Grade” is both lovely and hopeful, if tinged with an understandable anxiety.

Paula Priamos teaches English and creative writing at California State University, San Bernardino. Her published work includes pieces for the New York Times, the Los Angeles Times, the Washington Post, and the San Francisco Chronicle. Her memoir, The Shyster’s Daughter, will be coming out next spring from Etruscan Press.

An excerpt from The Shyster’s Daughter — titled “In a Car, Far Away From Here” — appears in the Spring 2011 issue of  ZYZZYVA. It’s an unsentimental, perhaps even hard-boiled story about a family on the verge of drastic change, seemingly drifting toward danger. Told against the background of Kevin Cooper’s  1983 prison escape, it deftly evokes adolescence dread in Southern California. (The following is a portion of that excerpt.) Paula will be reading with Vanessa Hua at 5 p.m. on May 14 at the ZYZZYVA Spring Celebration at Skylight Books in Los Angeles.

Robin Ekiss, a former managing editor at ZYZZYVA, has been a waterslide attendant and an AFL/CIO meat cutter. She’s also an accomplished poet. Her first collection of poems, The Mansion of Happiness (2009), was published by the University of Georgia Press. Her work also has appeared in The Atlantic Monthly, APR, POETRY, TriQuarterly, Ploughshares, The Kenyon Review, New England Review, Black Warrior Review, and VQR.

“The Giraffe” is one of her two poems in the Spring 2011 issue of ZYZZYVA. Only ten lines long, its compactness belies its intricacy. Along with Tom Barbash and Vanessa Hua, she will be reading at the Booksmith in San Francisco on May 4.

Born and raised in the Bay Area, Vanessa Hua is an award-winning journalist whose work has appeared in the Economist, The New York Times, and Newsweek. A graduate of UC Riverside’s MFA program, she she won the Atlantic Monthly’s student fiction contest in 2008, and in 2005 won Cream City Review’s fiction contest.

The following is an excerpt from her story in the Spring 2011 issue of ZYZZYVA — a story taken from her finished unpublished novel, Without Heaven. The novel was inspired, Hua says, by “documentary footage of Chairman Mao swing dancing with teen age girls … After stumbling across a short clip, I wanted to learn more about the recruits for this dance troupe. There wasn’t much information available, which gave me the room necessary to work on a novel.”

Tom Barbash, who lives in Marin County, is the author of the California Book Award-winning novel The Last Good Chance, (which among its many fine attributes is its portrayal of life as a reporter on a community newspaper) and the nonfiction best-seller On Top of the World: Cantor Fitzgerald, Howard Lutnick, and 9/11. His work has appeared in many publications, including McSweeney’s and Narrative, and he has written the best account ever of what LeBron James’ career as a pro bowler might have been.

The following is an excerpt from his story from the Spring 2011 issue of ZYZZYVA. It gracefully shows how love-loss is both comic and stomach-punching, an impossible situation we somehow endure and even come out of somewhat intact. He will be reading May 4 at the ZYZZYVA event at the Booksmith in  San Francisco.

How to describe this beautifully strange story by Erika Recordon? It’s brief, but it’s haunting. “Our Brave Little Soldiers,” one of two stories by Recordon in the Spring 2011 issue of ZYZZYVA (which you can buy here), is dream-like in the truest sense: familiar yet alien, operating by an elusive yet recognizable logic. Along with Matthew Dickman, her fellow Portland, Ore., writer and ZYZZYVA contributor, Recordon reads tonight at the Rumpus event in San Francisco.

The Spring 2011 issue of ZYZZYVA (you can buy a copy here) features three new poems from him, including “My Father in Russia,” an ecstatically comic vision of the new East (and of the West, for that matter). He’ll be reading with his fellow Portland writer and Spring 2011 contributor Erika Recordon at the Rumpus in San Francisco on Monday, April 11.

Dear Readers, In 1985 Howard Junker founded this publication, and kept a steady course all these years. In the case of a West Coast literary journal, a steady course requires a perpetual willingness to take risks—to offer, time and again, the thrill of discovery. Yet having survived these many years, it is now clear that we have the fortitude of some enduring values. As Howard once said, ZYZZYVA asserts “classical values: the possibilities of individual vision; the enduring magic of words; the delight of variety; absolute freedom from commercial constraint.” As we take up where Howard Junker left off, we […]