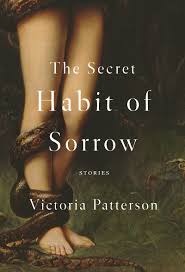 Victoria Patterson’s eye is trained on Southern California. But she’s not only writing about the Los Angeles we know from cinema and television screens. Her stories trace tales of disappointment and regret across the senior living centers, grocery stores, and backyards of cities like Long Beach, Newport Bay, Costa Mesa, and others. Much like the work of Alice Munro, each of the stories in her latest collection, The Secret Habit of Sorrow (224 pages; Counterpoint), read as though they could be the start of a novel, with a breadth of complexity to her characters and the trying situations they find themselves in.

We come to Patterson’s cast of flawed protagonists at particularly vulnerable moments in their lives. Whether they’re attempting to raise a child apart from the instability of a drug-addicted partner or reeling from the mistake of  sleeping with a parent’s new boyfriend, Patterson approaches their stories with a generosity that doesn’t belie the poor choices they’ve made or the unfair hand they’ve been dealt, and a keen level of detail that makes their victories—however minor—feel earned.

Victoria Patterson recently spoke to ZYZZYVA about her writing process, the delicate balance of drawing material from real life, and more.

ZYZZYVA: You are one of the few contemporary writers whose short stories suggest for me a life beyond their page count, to that point that I’m halfway surprised when I reached the end of many stories in The Secret Habit of Sorrow –– as it seems to me that the characters and their struggles could continue on. As someone who is also an accomplished novelist, do you know whether a project will be a short story or novel right from the start?

Victoria Patterson: The writing process is still mysterious to me. I like to let stories take me where they want to go, so in that regard I have no specific page count in mind.

But I do usually know early on whether the material will manifest itself as a novel or a short story. With both, there’s an enormous amount of note taking and daydreaming before I begin to attempt words on the page.


Z: The stories in The Secret Habit of Sorrow span from a period that includes 2006 to the present. I noticed in the Acknowledgements that many of the stories are listed as appearing in slightly different form in their original publications. Is that a valuable part of the creative process for you, being able to revise stories when they are ultimately put together for a collection?

VP: I like to think that I’m getting better as an artist as time passes, so it’s only natural for me to revise stories that have already been published. At some point, I have to leave them alone. At some point, a story is done. But why not go back and improve them, if I can? Especially from a distance of years, which gives me a better perspective and a detachment, so I can ideally be more ruthless.

Z: Tone is such a delicate thing to control on the page. But the details you select really speak to the mood of your stories; for instance, I love the kind of dismal description we get when serial philanderer Nick watches his new girlfriend sitting at the end of a dock in “Paris”: “Nick likes how she looks casual and sexy. She could be in an advertisement for Viagra or mutual funds. The sun is down but it’s still light, a long pink spray across the skyline, and overhead a mottled half moon the dirty white of cauliflower.” Those lines tell me everything I need to know about Nick’s midlife existence, without any dialogue or internal monologue. How much is tone on your mind as you’re writing?

VP: Wasn’t it Michelangelo Antonioni who said that life is made up of small moments, not major ones? Life is also in the details, the ones that a writer’s eye catches. No one can teach this. So much of tone comes from an accretion of details lurking in the background. I think for me this comes intuitively and with practice and revision. I have no formula. Sometimes I luck out; sometimes it just takes time and revisions.

VP: Southern California is my terrain. It’s in my blood. It’s what I know best. 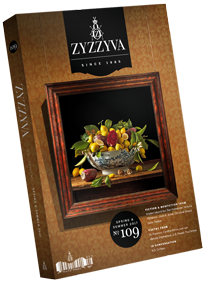 Z: “Appetite” first appeared in ZYZZYVA No. 109. It’s a story that deals with writers and motherhood, yet neatly sidesteps any of the clichés associated with stories about both. One frequently hears about writers who get in trouble with their family members for writing about them, but “Appetite” is unique in that it explores the perhaps predatory nature of the writer who draws from their personal life: at one point the narrator, a writer, reflects on her intimate relationship with her friend Claire and remarks, “For a moment I imagined myself as a parasitic, ballooning animal sucking off Claire’s shrinking body.”

As a writer, do you find there’s a balancing act in taking inspiration from real life relationships without veering into that more predatory category?

I was listening to a Maggie Nelson interview with Brad Listi on his Otherppl podcast, and they were discussing this very thing. Listi quoted Norman Mailer as saying–and I’m paraphrasing everything here – that a writer who is afraid to offend people is like a surgeon who is afraid to cut. Maggie made the point that expectations are gendered and especially with mothers, saying that no one likes to imagine mothers as surgeons cutting anything.

There’s pressure on female writers. We’re supposed to be nice, not brutal truth-tellers, especially if we’re mothers. It’s culturally frowned upon to do otherwise. I’m working against this.

Ugly is ugly, though. Bad behavior is bad behavior – it doesn’t matter who it comes from. There’s a fine line. I’m not saying go all out and be a vulture. But at the same time, it’s imperative that I be willing to challenge those archetypes.

Victoria Patterson is the author of the novels The Peerless Four and This Vacant Paradise, a 2011 New York Times Book Review Editors’ Choice. Her story collection, Drift, was a finalist for the California Book Award, the 2009 Story Prize, and was selected as one of the best books of 2009 by The San Francisco Chronicle. She lives with her family in Southern California and teaches at Antioch University’s Master of Fine Arts program. You can read her story “Appetite” in ZYZZYVA No. 109.